The Ukrainian government appoints new members to the Naftogaz executive board

Ukraine's national gas company Naftogaz has appointed new members of the executive board after sacking the old one last week. The Ukrainian government has been criticised for taking direct control of the company.
By bne IntelliNews September 29, 2021

Ukraine’s Cabinet of Ministers of Ukraine (CMU) has appointed new members to the executive board of Naftogaz of Ukraine after sacking the old members last week, Naftogaz said in a press release on September 28.

The government has been criticised for degrading corporate governance at the company as it has increased its direct control and removed critics.

“Now, the board membership is balanced in terms of industry specialisation, as well as both national and international background. Notably, for the first time in the Naftogaz history, one of the board members is an actual oil and gas professional with the international industry-specific education and operational experience, both in Ukraine and in other countries,” Naftogaz said in a statement.

These new board members have been appointed to hold office until a new professional supervisory board of Naftogaz selected though an open competition, and will appoint a new executive board as required by the OECD procedures, the company said.

“As for the preceding board membership, the Naftogaz supervisory board terminated the powers of Otto Waterlander and Peter Van Driel at its meeting on 20 September 2021. This decision was made, notably, without any submissions by the company’s CEO or duly executed resignation letters filed by Otto Waterlander and Peter Van Driel. The powers of Sergii Pereloma and Yaroslav Teklyuk as board members were terminated by the Cabinet of Ministers of Ukraine based on the Naftogaz CEO’s submission,” Naftogaz added.

The company released the following profiles for the new members of the executive board: 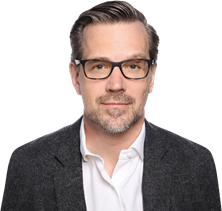 Kalugin graduated as an engineer in the field of chemistry, including oil and gas production, from the University of Idaho. He is a US citizen. 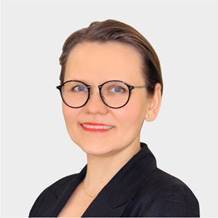 Ms Boichenko is the HR and social policy director of Naftogaz of Ukraine. She has 16 years of experience in HR. Before joining Naftogaz, Olena was human capital advisory services director at Deloitte Ukraine and consulted international and Ukrainian companies operating in various industries. Working for the Big Four, she implemented a number of wide-ranging projects to transform HR functions.

Olena Boichenko has a master’s degree in economics from the National University of Kyiv-Mohyla Academy.

She is going to be the first female member of the Naftogaz executive board in the last 15 years, and the second one throughout the board’s entire history. 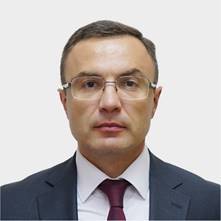 Roman Chumak has been working at Naftogaz of Ukraine for nearly twenty years, and now holds the position of chief treasury officer and head of treasury.

He has successful experience in building relations for Naftogaz as the country’s largest company with banks and other financial institutions, and handling major financial tasks. Chumak has a higher education degree from Kyiv National University of Trade and Economics. 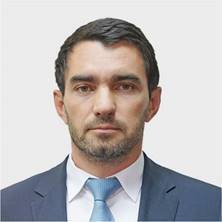 Vladyslav Volovyk is a professional lawyer. He served as an advisor to the CEO of Naftogaz of Ukraine. Earlier, Volovyk worked as a deputy director at the Naftogaz’ subsidiary, Gaz Ukraiiny, chaired the Naftogaz branch office, Centre for Metrology and Gas Distribution Systems, and was also engaged in research and teaching activities in the law field.

Volovyk has an MA degree from Kyiv University of Law of the National Academy of Sciences of Ukraine and a PhD in Law.

US warns Belarus to keep its commitment to neutrality
9 hours ago
US Secretary of State Blinken in Kyiv, warns Russia could attack “at very short notice”
11 hours ago
Defence agreement between Slovakia and the US divides politics and society
22 hours ago
Uzbekistan launches production of military drones
1 day ago
New impetus between Bulgaria and North Macedonia at top-level Skopje meeting
1 day ago