The Siberian-born brokerage out to crack Wall Street 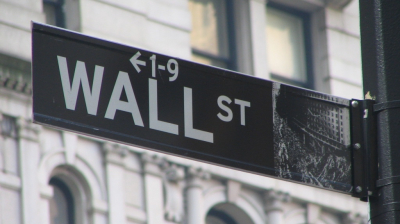 Most of BCS' established rivals are retreating from the US or cowering under the stigma of sanctions. / Photo: CC
By Jason Corcoran in London May 25, 2016

BCS Financial Group, a Russian brokerage born in Siberia, is attempting to crack Wall Street at a time when most of their established rivals are retreating or cowering under the stigma of sanctions.

The firm, which is the largest trader of equities and derivatives on the Moscow Exchange, concluded a deal late last year to buy Alforma Capital Markets, a New York-based subsidiary of Russian lender Alfa Bank. BCS is currently awaiting the final green-light from regulators before commencing business stateside under its own name.

Buying Alforma gives BCS access to a fully regulated US broker dealer without having to spend years applying for the various licenses. Alfa Bank pulled the plug on its own operation on Wall Street after trading volumes collapsed in the wake of sanctions and Russia’s economic contraction. VTB Capital and Sberbank CIB, whose parent groups were both sanctioned over the Kremlin’s interference in the Ukraine conflict, have both been slashing their New York operations to the bone as business evaporated.

BCS, which hasn’t been sanctioned, is already pitching aggressively to US clients, who are intrigued by an independent Russian brokerage not aligned to the state or any oligarch grouping, according to Luis Saenz, head of equity sales and trading. “We have been visiting investors in Boston and New York and they are very open to looking at Russia now,” Saenz says in an interview at their London offices located in the city’s grandiose Tower 42 skyscraper. “They like the angle that we are independent and privately-owned by one individual and there’s no matrix or anyone lurking behind him. They also appreciate that our research guys have no one tapping them on the shoulder saying that this is the view you have to have on Gazprom.”

Saenz says BCS will be targeting regional US brokers that typically have lacked any access to Russia, as well as the big mutual funds.

To run their US business, BCS has hired George Kogan who joined in March from Brunswick Rail, where he was a director of investor relations and capital markets. Kogan, who will be based in offices at the landmark Rockefeller Center, is a seasoned banker and previously worked in a variety of roles for Bank of America Merrill Lynch, Renaissance Capital, Troika Dialog and UFG, in both New York and Moscow. Kogan is seeking to hire sales people and traders for the new office as well as support staff.

Saenz, who has been to Boston and New York four times already this year, has detected a warming in attitude amongst hedge funds towards Russia as the country’s equity and bond markets have rallied. “Some investors have said they will stay away until sanctions are lifted,” says Saenz. “Others are already invested – albeit not as aggressively as the past – but there are investors, especially in New York, who are being very opportunistic and aggressive.”

Russian stocks and bonds are among the top three performers in their respective global indices as oil has surged by 70% from its lows earlier this year. Sales of oil and natural gas generate a third of Russia’s budget revenue and 60% of exports.

Yet Yossi Dayan, head of markets at BCS in London, says the market has yet to see “a flood of traditional money” because of volatility. “The new money coming into Russia is from the savvy hedge funds who are picking up high-quality assets at marked-down prices,” says Dayan. “Places like continental Europe and Scandinavia will come back very quickly and we are already seeing strong pick-up there. You have a big pot of money looking for places to invest.”

Saenz and Dayan both work out of the firm's London office, which opened in 2012 after BCS decided to move its trading of emerging market stocks from Cyprus. The pair previously worked at rival Otkritie, under Roman Lokhov, who hired about two dozen of his old team after being tapped as CEO of BCS in 2012 to expand its institutional business.

The brokerage, originally known as BrokerCreditService, was set up in Novosibirsk in 1995 by Oleg Mikhasenko with a focus on retail investors. Mikhasenko, who has a background in mining engineering, cottoned on quickly to the potential of exploiting technology and recruited young graduates from the local Economical-Mathematical University as programmers.

By the middle of the following decade, BCS was already competing with brokerages several time zones away in Moscow and in some cases, besting them. Mikhasenko decamped to Moscow and BCS subsequently branched out into servicing institutions.

BCS first overtook its rivals to become the largest broker on the Moscow Exchange in 2012. Today, it is the largest player on the bourse by some margin from Renaissance Capital in second spot. Sberbank, Otkritie and Finam make up the top five, according to the latest data from the exchange

BCS has prospered by investing earlier than other firms in technology and correctly betting on the growth of passive management over active management. Algorithmic trading, or high-frequency trading, now accounts for more than half the stock trading volume at the Moscow Exchange.

Ironically, Dayan argues that Russia is a market which has become very difficult to invest in passively through indexed funds such as ETFs (exchange traded funds). “Passive management makes more sense for blue-chip G7 markets,” he says. “In places like Russia, there are corporate governance issues and you have to box clever now. Russia also is about investing and finding mispricing in the market and properly analyzing investment opportunities.”

Either way, BCS can also do traditional equity sales and trading, as well as financing, and has a significant and respected research product, which Dayan says clients are prepared to pay for.

US and Chinese slowdown will tip the world into recession, says IIF
22 hours ago
NEO: Rising in the East, Setting in the West: Russia strengthens trade with Global East
2 days ago
Stagflation fears continue to rise
2 days ago
The economics of herding in Mongolia
4 days ago
EXPLAINER: how a price cap on Russian oil might work
4 days ago