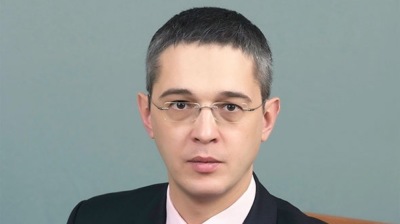 Late last week the head of Russian Venture Company (RVC), Alexander Povalko, was arrested for using the fund's money to invest in private projects / wiki
By EWDN in Moscow June 8, 2020

Established by the Russian government in 2006, RVC is a major player in the country’s innovation scene. It acts as a fund of funds and supports a variety of programmes, from startup accelerators to industry research and events.

The fund has had problems from its inception and was linked to members of Russia’s elite, including the CEO of Russian state-owned oil major Rosneft from the start, as bne IntelliNews reported in a profile and interview with the fund “Russian VC funds - nothing ventured, nothing gained,” in 2008.

The RVC management is now suspected of abusing millions of dollars, wrote Kommersant, citing unnamed sources. The investigation presumes that RVC money could have been invested in the personal projects of its top managers. So far, the case is about $600,000 but the amount may grow to $3mn, noted the business daily.

According to RVC, the investigation is studying the activities of the RVC I LP fund – in particular, the reinvestment of part of the proceeds from the sale of the funds of portfolio company Soft Machines Inc. to another portfolio company, US company Alion.

RVC stated they are “confident in the complete innocence of Alexander Borisovich Povalko.”

While Povalko is under arrest, the management of the company has been transferred to his deputy, Anna Romanenko.

Shockwave in the investor community

“This indictment (…) is another ‘red flag’ for all private investors and entrepreneurs, those on whom the future of the country’s economy depends,” RVC added.

Prominent investors immediately shared this feeling, publicly sharing their concerns about what comes after yet another high-profile arrest on the Russian venture scene.

“Why such a pre-trial detention?” asked Kirill Varlamov on his Facebook page. “I don’t know whether or not the accusations against Povalko are founded, but why arrest a man and place him under house arrest before establishing his guilt?”

The CEO of IIDF (FRII), the country’s largest startup fund set up in 2013 with government support, Varlamov called for a “freeze” on the activity of state-connected development institutions, stopping investments in new projects.

QIWI co-founder Sergey Solonin is “horrified by the environment that was built for businesses in the country,” and sees in the latest events a deadly threat to the Russian state fund ecosystem.

“I invested in RVC projects in the past, but given what just happened, I’m unlikely to do so again,” he wrote on Facebook.

The investor called his peers to “stand up and not stay silent” – what is at stake being no less than “whether we want to live here and build a modern country.”

As a matter of fact, Povalko’s arrest is the latest of a dramatic series of cases involving high-profile tech businessmen in Russia.

In March 2019, former Open Government minister Mikhail Abyzov was detained in Moscow, also due to his involvement in Alion. Abyzov was active in the venture business in the early 2010s.

That same month – March 2019 – saw the arrest of Vsevolod Opanasenko, director-general and founder of the Russian supercomputer company T-Platforms, for abuse of office.

The most shocking arrest was that of US citizen Michael Calvey, the founder of Baring Vostok Capital Partners, under controversial charges in February 2019. One of the most established Russian private equity firms, Baring Vostok invested in top Russian tech companies.

Calvey and his colleagues, including French banker Philippe Delpal, have maintained their innocence, but they are still under house arrest or in pre-trial detention.