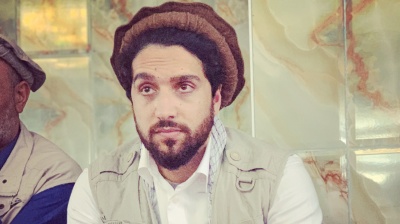 Resistance leader Ahmad Massoud is thought to have escaped to Tajikistan.
By bne IntelIiNews September 27, 2021

Tajik officials say they have received reports that Tajik Islamist militants who fought alongside the Taliban in Afghanistan are making plans to cross the border into Tajikistan.

An official at Tajikistan's Border Service, a branch of the State National Security Committee, confirmed to RFE/RL that Tajik authorities were looking into information from multiple sources claiming that militants were preparing infiltrations from northern Afghanistan.

The Taliban are no doubt alert to reports of what role Tajikistan could play in assisting forces that oppose their regime. On September 6, Ahmad Massoud, the son of the late Ahmad Shah Massoud, Afghanistan’s most well-known anti-Taliban resistance leader, escaped into Tajikistan less than month after he vowed to defend his homeland “no matter what happens,” the Intercept has reported, citing a senior US intelligence official, a Pentagon consultant, and two former senior Afghan government officials. Amrullah Saleh, the former Afghan vice president, who was a resistance leader alongside Massoud, also reportedly left Afghanistan by helicopter. The two left after the anti-Taliban resistance holdout in the Panshjir Valley fell.

There are some indications Massoud and Saleh would like to set up a government-in-exile in Tajikistan that could regroup National Resistance Front of Afghanistan (NRF, or the "Second Resistance") forces before turning its attentions once again to ending Taliban rule in Afghanistan. But in a blow to such prospects, there are reports that the US has not shown any interest in offering any such plan backing.

Tajikistan shares a border of around 1,400 kilometres with Afghanistan and has remained on high alert since the Taliban's takeover of the war-torn nation in mid-August. Tajik President Emomali Rahmon, in a pre-recorded message given to the UN General Assembly in New York on September 23, called on the Taliban to form an inclusive government with the participation of all political and ethnic groups. Ethnic-Tajiks make up the second largest group within the Afghan population behind the Pashtuns, who are the core group of the Taliban. Tajikistan has been showing support for ethnic-Tajik pockets of resistance against the Taliban while repeatedly calling for an ethnically all-inclusive government.

"We do have such reports," the border service official reportedly said on condition of anonymity. "Regardless of whether it will happen or not, we see certain security threats from the other side of border and we are prepared to deal with them."

Despite such threats emanating from Afghanistan, the presence of Russia's largest Central Asian military base in the ex-Soviet state and Tajikistan’s membership of the Moscow-led Collective Security Treaty Organisation (CSTO) make Tajikistan an unlikely target for a major Taliban incursion.

The Taliban militants have sought to reassure the international community that they pose no threat to neighbouring Central Asian countries and have promised to rule in a more moderate way than they did during the brutal regime that the hardline Islamist group enforced in 1996-2001.

Abdul Ghani Baradar, the acting deputy head of the Taliban-led government, said on September 26 in an interview with Al Jazeera that Tajikistan was interfering in the internal affairs of Afghanistan.

Taliban spokesman Zabihullah Mujahid said that the Taliban has sent thousands of fighters to the Takhar Province, which neighbours Tajikistan, in order to counter “security threats”.

Earlier this month, Rahmon told member states of the Shanghai Cooperation Organisation (SCO) and the CSTO that they must create a "reliable security belt around Afghanistan to stop the possible expansion of terrorist groups" in the region.

Tajikistan, Uzbekistan make deals with Taliban, but watch border warily
Perspectives | Why Uzbekistan does not fear a ‘Kazakh Winter’
INTERVIEW: Kazakhstan in crisis