Sources say Fillon nominated to Sibur board by TAIF shareholders 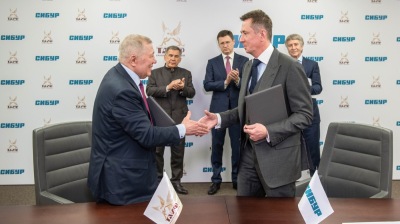 Sibur completed a mega merger with rival TAIF in the summer of 2021. / Photo: Sibur.
By Theo Normanton in Moscow December 24, 2021

France’s former prime minister and presidential candidate François Fillon will join the board of Russia’s Sibur, one of the world’s largest petrochemicals producers, the company announced on 23 December. Sources close to the decision say he was nominated by former shareholders of TAIF, the rival company with which Sibur completed a merger earlier this year, who became shareholders of the combined company as the result of the deal.

“The election of Mr Fillon was due to his vast professional experience, extensive European market expertise and deep understanding of environmental issues and ways to address them. This kind of knowledge is essential, as the company puts ESG and circular economy at the heart of its strategy,” the company told bne IntelliNews.

François Fillon served as French Prime Minister from 2007-2012, as well as running for president in 2017. He proposed hiking the landfill tax, expanding France’s nuclear energy capacity and ramping up plastic recycling as part of his presidential campaign.

“The extensive experience and expertise of Mr Fillon in the realms of management, economy and business processes will help the company in promoting its ESG initiatives,” the company added.

Sibur closed a deal to take over its Tatarstan, Russia-based rival TAIF in an equity swap earlier this year, and sources say that TAIF shareholders nominated Fillon for the role of independent director. Once the largest ongoing investment projects are completed, the combined company will be one of the world’s top five polyolefin and rubber producers.

The sources also indicate that Fillon has a good track record of successful collaboration with Abu Dhabi-based sovereign investment company Mudabala, which recently acquired a 1.9% stake in Sibur. This represents the fund’s largest investment in Russia. Mubadala described Sibur as “one of the fastest-growing companies in global petrochemicals,” adding that its growth was driven by ESG-transitioning.

Sibur renewed its ambitious ESG targets this month, including in recycling, low-carbon products and energy use. The company plans to increase the amount of “green” energy in the company’s energy balance by five times by 2025. It also aims to launch a solar power plant in Anapa.

The petrochemicals giant hopes to expand its line of sustainable products in Europe, announcing recently that Norwegian paint company Tikkurila will sell its paint in packaging made from Sibur’s 50% recycled plastic.

The former French PM left office under a cloud after he was found guilty in June 2020 of creating “fake jobs” to pay his wife and two of their five children with public funds while he was in office. A French court began hearing Fillion’s appeal against the verdict in November. The corruption scandal torpedoed his expected bid for the presidency in the 2017 elections. It is not illegal to employ family members while in office in France and Fillion insists that his wife did real work, including organising his mail and proofreading his speeches. The case continues.

Fillon is the latest in a line of former top EU officials to join the boards of leading Russian companies. Austria’s former Foreign Minister Karin Kneissl sits on the board of Russia’s largest oil producer Rosneft, while Germany’s ex-Chancellor Gerhard Schroeder is the chairman of Rosneft.