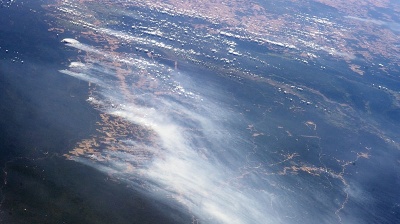 Slovak Agriculture Minister Gabriela Matecna has said the country is ready to block the deal between the EU and Latin America owing to Brazil’s unacceptable approach to the Amazon fires, according to the ministry's statement published on August 28.

“The way Brazil has been treating the Amazon rainforest lately cannot be accepted,” said Matecna, as cited in the report, adding that the EU should use all available platforms to force Brazil to change its behaviour, one of them being economic pressure.

“The Union should stop the import of agricultural products which are produced while disobeying European ecological standards. We'll spare many carbon dioxide (CO2) emissions, which are the result of exporting food across half the world," she stressed.

Matecna joined top officials from other EU countries such as France and Ireland, who also threatened to oppose the EU trade deal, as Reuters reported.

“The European Union requires that Slovak and European farmers use less chemicals, keep their animals in the best condition possible and protect the environment more. On the other hand, the EU signs agreements with countries that don't respect requirements to protect the environment. The EU thus creates unfair competition for its agriculture workers with products of lower quality, security and conditions for breeding the animals. The Slovak National Party can't agree with this approach,” Matecna concluded.

The Slovak Food Chamber stated that it fully agreed with the minister. “We’re convinced that not only the devastation of the Amazon rainforest but also low standards in the areas of food quality and safety are priorities to which the EU needs to devote its attention. We consider this move as very important from the viewpoint of food distribution from third countries to Slovakia,” said the chamber’s head, Jana Venhartova.

She added that domestic food protectionism is at a much higher level in the West; thus the chamber is afraid of a possible influx of food from third countries to Slovakia, because Slovakia's consumers are very sensitive when it comes to food prices.

FDI inflows to CEE down 58% in 1H20 but rebound expected

OUTLOOK 2021 Slovakia
BRICKS & MORTAR: Rosier future beckons for CEE retailers after year of change and disruption
FDI inflows to CEE down 58% in 1H20 but rebound expected