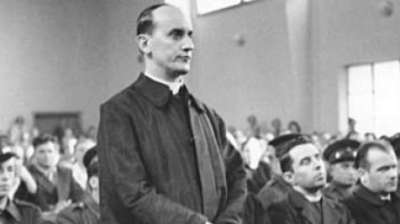 The Serbian ministry of foreign affairs handed two protest notes to Croatia on July 28 as tensions between the two countries increase following the July 22 decision by a Croatian court to annul the verdict against Catholic cardinal Aloysius Stepinac, known as a supporter of Croatia’s pro-Nazi Ustashe regime during the Second World War.

Tensions between the two countries have been rising as Croatia heads towards early elections on September 11. This is not surprising as politicians in both countries typically resort to nationalist rhetoric when they want to rally voters. Further incidents and angry responses can be expected during the coming weeks as the elections approach.

Despite the angry rhetoric from politicians in both countries, the escalation in tensions between Croatia and Serbia is not expected to have long-term consequences for their relations or for regional security. Nor is it expected to be a setback for Serbia’s progress towards EU accession. Overall, this is a re-raising of tensions which are always present.

The Serbian ministry of foreign affairs said on July 28 it handed a protest note to the ambassador of Croatia in Belgrade, Goran Markotic, over the incidents caused by sympathisers of the Autochthonous Croatian Party of Right (A-HSP), a far right Croatian party, in the Croatian village of Srb on July 27. A-HSP activists interrupted speakers and made insulting comments and threats during the 75th anniversary celebrations of the Croatian anti-fascist uprising.

“The Croatian authorities' failure to act and the absence of public condemnation by Croatian officials following the incidents have contributed significantly to the spread of ethnic hatred and incidents targeting Serbs,” the ministry said in a note, adding that Serbia expects a prompt reaction by the relevant Croatian authorities.

“The July 27 incidents in Srb are just the latest in a series of cases of hate speech against the members of the Serb national minority and the citizens of Serbia, caused by ethnic intolerance,” the ministry added.

On the same day, the ministry issued a second letter of protest over the Supreme Court of Croatia’s July 28 decision to abolish the verdict against Branimir Glavas, a former general and lawmaker who was convicted of war crimes. The court ordered a full retrial for Glavas.

Glavas was sentenced in 2010 to eight years in prison for ordering the abduction, torture, and murder of at least 10 Serb civilians in the eastern Croatian town of Osijek in 1991.

The decision to annul the first-instance verdict against him and and other defendants, sparked a strong reaction in Serbia. “The message of this shameful act is that it is acceptable and normal to commit crimes against Serbs. Such a policy of Croatia has led to an increased number of incidents of violence against Serbs and Serbian citizens in Croatia, which is why Croatia was today handed over a note of protest,” the foreign ministry’s protest note reads.

First Deputy Prime Minister and Minister of Foreign Affairs Ivica Dacic said the decision shows a “clear policy” of Croatia in rehabilitating not only the fascist Independent State of Croatia (NDH) which existed during WW2, but also criminals from the recent war.

Dacic told journalists on July 28 that the Croatian ministry of foreign affairs had summoned Serbia’s ambassador to Zagreb, Mira Nikolic, to hand her a protest note but she refused to accept it. Nikolic said this was because of the note’s “insulting content” and because it was an insult to Serbia “which doesn’t provoke anyone and just reacts to all the verdicts and events which lead to rehabilitation of the Ustashe’s fascist NDH.”

“In accordance with all this, we will continue the same politics of being interested in development of good neighboring relations but we will protect our interests,” Dacic was quoted as saying by local media.

Reacting to the July 28 court decision, Glavas wrote on his official Facebook page: “Stigma Has Been Legally Removed. The Supreme Court has annulled the verdict against Branimir Glavas in the so-called “Garage” and “Tape” cases, which sentenced him to eight years in prison!”

Asked by reporters whether he expected a fair trial after so many years, he said, “I absolutely expect a fair trial. I am deeply convinced that I will prove my innocence,” Croatian media reported.

Glavas also sent a message to the centre right Croatian Democratic Union (HDZ). “Thanks to this decision, I announce my active participation in the election campaign, as well as my participation in elections in the fourth parliamentary constituency,” said Glavas.

Belgrade was initially angered by the Croatian court’s decision to annul the 1946 verdict against Stepinac. During WW2, Croatia’s Ustashe regime was a partner of the Nazis, and many Roma, Serbs and others who opposed the regime were killed, including 83,000 who were murdered in the Croatian concentration and extermination camp Jasenovac. He was given a 16 year prison sentence.

Serbia’s ministry of foreign affairs handed a protest note over the ruling to the ambassador of Croatia in Belgrade, Goran Markoticover, on July 26. Croatian Minister of Foreign Affairs Miro Kovac said the following day that the note was a “cheap attempt to destabilise Croatia”.

An additional excuse for Croatia’s annulment of the verdicts against Stepinac and Glavas was the March 31 decision of the UN war crimes tribunal in The Hague to acquit Serbian politician Vojislav Seselj of war crimes and crimes against humanity.

For several months, Croatia blocked the opening of negotiation chapters 23 and 24 in Serbia’s EU accession process. Zagreb initially refused to approve the opening of Chapter 23 in April, demanding guarantees that Serbia would not abuse its law on universal jurisdiction over war crimes trials and that it would ensure rights for the Croatian minority in Serbia and full cooperation with the Hague war crimes tribunal. The proper handling of war crimes cases was crucial in Zagreb's negotiation process with the EU before it joined the bloc in 2013.