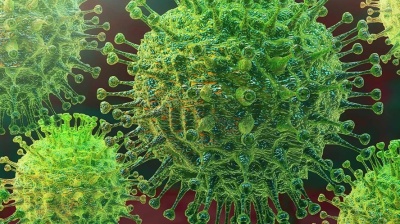 Russians distrust their government and are not getting vaccinated, to the growing frustration of the government. / wiki
By bne IntelliNews May 28, 2021

Russian President Vladimir Putin ruled out mandatory vaccination as “impractical and impossible” on May 28 as Russians remain some of the least keen people in the world to be inoculated against coronavirus (COVID-19).

As governments around the world dream up schemes to encourage their populations to take the shot, from giving away free burgers through running lotteries to flat out ordering them to do it by law, Russia has been grappling with the same problem without making much progress.

On May 12, Deputy Prime Minister Tatyana Golikova stated that around 10mn Russians, or 7% of the population, have received both doses of the coronavirus vaccine, while another 4mn have had their first dose. On May 21, Moscow Mayor Sergey Sobyanin complained that the rate of vaccination in the Russian capital remains unsatisfactory, despite the infrastructure for mass vaccination being in place.

The low take-up of the vaccination, which is freely available at every large supermarket, means that despite production bottlenecks that have resulted in Russia being unable to fulfil export orders for hundreds of million doses, there are plenty of doses available domestically. Russia has met only 8% of its international orders for the Sputnik V vaccine, despite boasting it has been approved in over 60 countries.

“It’s impractical and impossible to introduce mandatory vaccination,” Putin said at an economic meeting broadcast on state television as it became clear to the Kremlin that forcing Russians to get a jab was extremely unpopular.

“Citizens themselves must realise this need and understand that if they don’t get vaccinated, they may face a very serious and even deadly danger,” he said, as cited by the Moscow Times.

Yakutia’s test case caused an outcry when The Head of Yakutia, Aysen Nikolayev, ordered officials to draw up harsh rules to enforce the inoculation order.

Employees who refuse to get vaccinated against coronavirus without reasonable justification may not be allowed to return to work. Employers who fail to provide mandatory vaccinations will face fines upwards of RUB200,000 rubles ($2,730). This applies to all enterprises regardless of ownership, including both private companies and state-owned structures operating in the republic. Students would also be barred from universities.

Putin has said that Russia will each herd immunity with at least 60% of the population having antibodies, including those that have been infected and recovered, by September, a goal that health experts now say is impossible due to the low take-up of the vaccine. The current pace suggests that 70% of Russia’s population will not be inoculated until late next year.

Moscow Mayor Sergei Sobyanin, who proposed opening “Covid-free” zones for vaccinated restaurant patrons on Wednesday, decried last week that the percentage of those vaccinated was lower than in any European city.

Moscow is the epicentre of Russia’s COVID-19 outbreak, with some of the world’s highest caseloads and deaths. Still, many of the restrictions introduced at the start of the pandemic last spring were lifted in early 2021.

Russia’s CBR reserves down $43.7bn since the start of the war
Azov commanders have remained behind in the Mariupol steelworks to continue the fight
Anthems of victory: How Ukraine is winning the online culture war

Kyrgyzstan: Eccentric health minister fights for his job amid claims of corruption and bullying
28 minutes ago
Azov commanders have remained behind in the Mariupol steelworks to continue the fight
1 hour ago
Russia hopes Chinese carmakers will help revive Moskvitch brand
2 hours ago
Russia may leave the WTO and WHO. In practice, it never really joined
2 hours ago
UN special rapporteur issues damning indictment on human cost of sanctions in Iran
7 hours ago