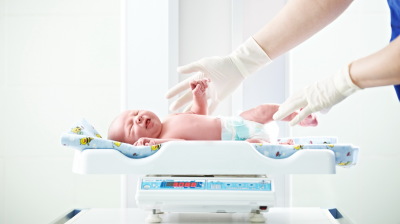 Russia's medical service industry is growing at about 15% a year, five times faster than the overall economy / wiki
By Ben Aris in Berlin April 10, 2019

Private medical services are flourishing in Russia as the emerging middle class are willing to pay for better service, shorter waiting times and the peace of mind that they are providing the best possible care particularly for their younger family members when they need it.

Russian citizens enjoy free universal medical care under the constitution, but as anyone that has had contact with the Russian medical system knows, that is only an ideal. While the standard of care is actually not that bad compared to what is experienced on many other emerging markets, the system is riven by shortages of beds, equipment and medicines. Corruption is rife as doctors are on the take to move people up the queue or get access to a complex treatment and patients are commonly asked to pay for their own medication, when it should be free.

The expansion of private medical services in Russia began in two areas: private hospitals that cater to the well-off and expats, with the European Medical Centre being the pioneer and familiar to any expat living in Moscow. Pre-natal and maternity has been the other rapid growth area; everyone is willing to pay a little extra for the best when it comes to a baby.

The leader in maternity care is the MD Medical Group (MDMG). It has been building hospitals all over the country to cater for the high demand for quality medical care during childbirth. Founded by Mark Kurtser, once Moscow's chief gynaecologist, in 2003, it opened its flagship $150mn private maternity hospital in Moscow in 2006, the first of its kind in Russia. The company grew quickly and IPO’d in in 2012, raising $133mn to fund further expansion. It has been relatively unaffected by the slowing economy or US sanctions on Russia since 2014.

“Sex was not sanctioned!” Kurtser told bne IntelliNews in an exclusive interview during the St Petersburg International Economic Forum (SPIEF), and the company has been a big beneficiary of the Kremlin’s highly successful pro-children policies. Russia’s population has begun to shrink again as the demographic dip caused by the catastrophic fall in life expectancy during the 1990s hits the demographic curve. But the fall is less than feared and the Kremlin’s drive to boost birth rates in recent years has been more successful than even the most optimistic forecasts from the International Financial Institutions (IFIs) anticipated.

This week MDMG opened its sixth large-scale multidisciplinary hospital, located in Tyumen. The facility is to serve the Tyumen region, as well as the Khanty-Mansiisk and Yamalo-Nenetsk autonomous areas, where the average monthly salary of RUB68,600 is 60% higher than the Russian average, VTB Capital (VTBC) said in a note that the company is prominent on portfolio investors’ radar.

“The hospital has 10 operating theatres and the company sees surgeries accounting for 40% of targeted annual revenues of RUB2.5bn ($38mn) with the rest coming from services for women and children,” Maria Kolbina, an analyst with VTBC wrote.

“The organic pipeline is a key growth pillar for the company and the on-time launch (18 months construction) and capex (RUB3.2bn) show that the model has fixed the previous development inefficiencies, while service becomes a better fit,” added Kolbina.

The growth of private medical services has caught the attention of Russia’s leading investors too. The business is coming of age.

Medsi, the medical subsidiary of multi-industry investment holding AFK Sistema, became the market leader in the business this year after revenues increased by half (52%) in 2018 to RUB17.7bn ($276mn), ahead of MDMG.

In 2013 Sistema said it will invest up to $1bn into its healthcare business. The main healthcare assets of the holding are its 75% minus 1 share in Medsi and 74% share in biotech producer Binnopharm. Sistema and the Russia-China Investment Fund (RCIF) also bought the pharmaceutical company Obolenskoye (OBL Pharm) from Gazprombank and UFG Private Equity fund.  Only last week Sistema said it plans to IPO OBL Pharm which was merged with Binnophafm, without providing the timeline for the initial public offering, as the Russian equity market comes back to life this year.

The UFG Private Equity fund, founded by Russia’s banking legend Charlie Ryan, has also invested into another fast-growing branch of the burgeoning medical services business through KDL, which provides private medical laboratory services to consumers and the state. UFG invested into the company along with the EBRD in 2012 and now it is a top two player with $75mn turnover, growing at over 30% a year. The sector is still a long way from consolidation with the leading companies in the niche racing to capture as much market share as they can before the inevitable M&A and IPOs start.

“KDL is one of the leading laboratories in Russia and we are in almost all the large cities with more than a one-million population – 13 locations in all with the main hub in Moscow,” KDL’s CEO Yuri Leonov told bne IntelliNews during a podcast. “We haven’t seen any significant consolidation so far. The leaders are growing organically by increasing the number of blood collection points across Russia. The private diagnostic sector is growing because we are stealing some market share from the public sector.”

Leonov started his career at Proctor & Gamble before becoming a senior manager at a supermarket company, the X5 Retail Group, and knows what consumers want. He says that the development of private lab services has at least another 3-5 years of development ahead of it before the consolidation process starts. “We are still in the fast growth phase,” says Leonov.

But the health sector itself has a lot of work ahead of it. Leonov says that already a lot of progress has been made and the state has also been active in bring the standards of Russian health care up to scratch. Some regional authorities are already experimenting with sub-contracting some services to the private sector as a way of improving both the quality and service of health care.

“Of course if you compare Russia with a country like German then the average level of health care in Russia is low. But as a player on the market I can see an improvement. Private business is trying to upgrade the equipment and investing in doctors’ education. I don't believe there is no future. There is a future and it is going in the right direction,” says Leonov.

Belarus’ turn to China
14 hours ago
East and West clash in Bulgaria’s snap general election
1 day ago
Old faces set to keep ruling Bosnia post-election
1 day ago
Georgia’s border clogged with thousands of Russians fleeing the Kremlin’s mobilisation
1 day ago
Meloni won the elections, but her programme won’t make Italy the next Hungary
1 day ago