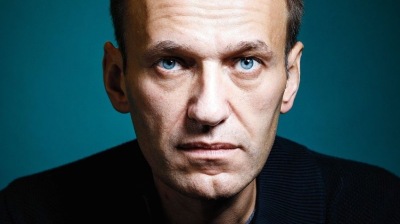 Russian investigators brought fresh charges against jailed opposition leader Alexei Navalny on August 11 that could add three years to the two and half year term he is already serving.

Observers have widely expected more charges to be brought against Navalny, as his current sentence would expire shortly before the next 2024 presidential election.

Russia’s Investigative Committee, which answers to Russian President Vladimir Putin, charged Navalny with the additional crime of "creating a non-profit organization that infringes on the identities and rights of citizens,"  the Moscow Times reports.

Investigators also said Navalny had called on Russians to take part in unsanctioned rallies while "aware" of their "unlawful nature."

If found guilty, Navalny could face an extra three years in prison and could only be released after 2024, the year Russia is scheduled to hold a presidential election.

The new charges came a day after investigators launched a new criminal case against Navalny's key allies Leonid Volkov and Ivan Zhdanov over raising funds for an "extremist" organization.

Both Volkov and Zhdanov have left Russia, under pressure from authorities. The charges against them carry a maximum penalty of eight years in jail.

The yuan became the third most traded currency in terms of volume of foreign exchange trading on the Moscow Exchange in July and will soon take second place, The Bell reported on August 8. Cut off ... more

Switzerland has warned against trying to seize hundreds of billions of dollars' worth of Russian state and oligarch assets to pay for the reconstruction of Ukraine. Ukraine’s Prime Minister ... more