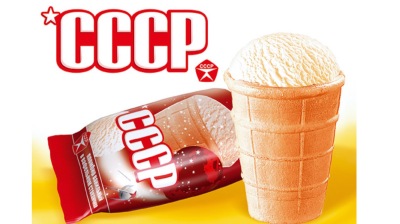 Russians love ice cream, but who doesn't? This year they are expected to consumer a record 3.1kg per person. / WIKI
By Ben Aris in Berlin May 6, 2021

British Prime Minister Winston Churchill was driving through Moscow during the depths of winter on his way to meet Stalin during WWII. On passing a cluster of Russians on a street corner Churchill asked his aide de camp what the people were doing out in such cold weather.

“They are eating ice cream, sir,” the aide told him.

Churchill paused and replied: “These people will never be defeated.”

Everyone loves ice cream and even in Soviet times the one consumer luxury that remained widely available was the Plombir ice cream cups, beloved by Soviet children and still available today.

Since the fall of the Soviet Union ice cream consumption has risen as a plethora of fancy imported ice creams arrived on the market. It is telling that amongst the very first foreign investors into the newly independent Russia was Baskin Robbins, the world's largest chain of ice cream speciality shops.

And consumption continues to grow. The amount of ice cream consumed in Russia is expected to grow by 1% by the end of 2021 to 3.1 kg per person, setting a decade-long record, the Centre for Industry Expertise of the Russian Agricultural Bank said on May 4.

"The volume of ice cream consumption in Russia at the end of the current year will increase by 1%, to a record over the past 10 years, that is 448,000 tonnes, or 3.1 kg per capita. The jump in consumption would be a continuation of the gradual increase in demand over the past 10 years. Given the cold Russian climate and the seasonal aspect of ice cream consumption, a further increase in export volumes may become a growth point for Russian producers," the centre said as cited by Tass.

Russian manufacturers have turned to Soviet recipes, which have mass appeal and enjoy sustained demand from the former Soviet republics. The biggest importer of Russian ice cream is Kazakhstan, which in 2020 boosted its volume of imports by 27%, to 11,200 tonnes, and in monetary terms by 2%, to $20mn.

The United States is also a big buyer of Russian-made ice cream thanks to its large Russian diaspora population. Exports to the US tripled in 2020 to 3,800 tonnes, worth $9.2mn.

Ice cream sales in Russia were hurt by the coronacrisis after kiosks and cafes were forced to close during the lockdown, but consumers simply shifted to ordering online or buying ice cream in stores.

And the business is increasingly domestic after imports are expected to diminish again by 20% this year to 15,000 tonnes against 19,000 tonnes a year earlier, partly as ice cream imports are very sensitive to FX fluctuations, and last year’s ruble devaluation made imports expensive.

At the same time, the government is working to improve food standards and a new system of labelling will be introduced this summer as well as a green certification standard.