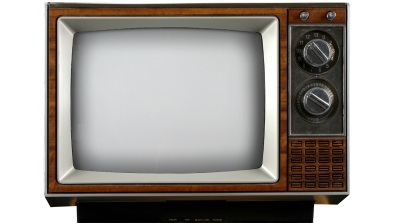 The Russian government has decided to sell part of its stake in the loss-making but largest TV station, The First Channel. TV power as a source of controlling information flow to the population has been on the wane for many years as the internet takes over.
By bne IntelliNews December 25, 2020

The Russian government will sell control in Channel One, but will receive a verified investor and a “golden share,” The Bell reported on December 23.

The state will give up a controlling stake in Channel One, Russia’s biggest broadcaster and the main source of news for the bulk of the population.

Russian President Vladimir Putin signed a decree on the additional issue of his shares on December 21, which will be sold to non-state shareholders.

The stated purpose of the additional issue is the financial recovery of the channel, which has been in deep loss for at least 8 years, and its debts exceed RUB20bn ($265mn).

VTB is already claiming the role of the new investor. Now the largest non-state co-owner of the channel is Yuri Kovalchuk's National Media Group.

The share of the Russian Federation in JSC Channel One may be reduced to 34% by selling the additional issue of the channel's shares to non-state investors from the current controlling stake it owns.

The state will retain the "golden share" of Channel One, which will allow it to control the adoption of important decisions – for example, the sale of large stakes to new shareholders.

The channel's contractors systematically complain about non-payments, and the Ostankino television centre filed a lawsuit against them in 2018, and in 2019 announced that it was cutting employees because of Channel One's debts, and warned of possible disruptions to television broadcasting.

The financial situation of Channel One last year was analysed in detail by Meduza. Sources of the publication explained the losses by a drop in advertising revenues after 2014, lost to competition on the internet, in which the channel began to invest too late, and the ambitions of Konstantin Ernst, who has headed the channel for 20 years, who was “always more interested in creativity than money”.

At the same time, in recent years the channel has received less government support than all other government channels.

VTB Bank, which had owned 20% of the shares of Channel One since 2019 but at the end of September 2020 sold this stake to an unknown buyer (the new legal status of JSCs allows them not to disclose shareholders with such a stake) may become a new conditionally non-state shareholder. A bank representative told RBC that he was "considering such an opportunity" without disclosing other details.

Now 38.9% of the shares of Channel One belong to the Federal Property Management Agency, another 9.1% of the shares are held by FSUE ITAR-TASS, and 3% by FSUE Ostankino.

The largest private shareholder of the channel is Yuri Kovalchuk's National Media Group with 29%. Another 20% is owned by an unknown buyer, who bought shares from VTB in September. This 49% is the former stake of Roman Abramovich, which he bought from Boris Berezovsky in 2001 and sold off in parts in 2010 and 2018-2019.

How much the share of the state will decrease depends on the interpretation of the text of Putin's decree. It talks about "the preservation of the RF share in the authorised capital <...of at least 34% of votes at the general meeting of shareholders."

Rosimushchestvo under the “share of the Russian Federation” always means the direct share of the state – that is, in the case of Channel One, 38.9%.

That means there may be an additional issue of 12.8%, and with a proportional decrease in the share of FSUEs, the effective share of the state would fall to 44.6%. If we are talking about reducing both direct and indirect state shares from 51% to 34%, the size of the additional issue will already be 30%.

The existing private shareholders – NMG with 29% and the anonymous owner with 20% – will either have to buy out all or part of the additional issue, or their stake will be diluted proportionally. The composition of non-state shareholders and the size of shares of all shareholders of the joint stock company will be determined by the government within three months, according to Putin's decree.

“Whoever becomes the new investor of Channel One, the main thing on his agenda will be determined in the same place where it was determined – in the Kremlin. But the fact that Vladimir Putin, who in 2001 was indignant that Boris Berezovsky owns only 49% of the channel, and manages it as his own, is now going to work in the same way himself, there is a great deal of irony,” The Bell said.