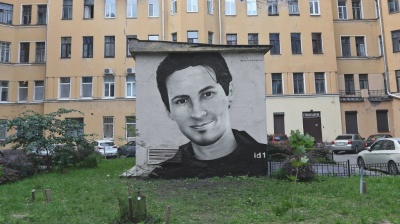 In the Siberian region of Tyumen, mobile operators are about to test special equipment to enforce the authorities’ ban on Telegram. As reported by Reuters, cited by the Russian media, this equipment has been provided by Roskomnadzor, the state telecom and Internet regulator, reports East-West Digital News (EWDN).

The tests are to be conducted this month in real conditions, the news agency reported from sources in the telecom industry.

This past spring, the Russian media revealed certain details about the equipment used for these tests. Relying on a traffic filtration technology named Deep Packet Inspection, the equipment was provided by RDP.RU. This Moscow-based company offers networking solutions for telecom and Internet providers. It is owned partially (15%) by Rostelecom, the national telecom operator.

Telegram was banned in Russia on April 13, 2018, following its refusal to let the Russian secret service FSB to decipher user messengers as required by law. However, more than one year later, the instant messenger continues to be widely accessible from Russia.

Why Telegram was blocked

Adopted in 2016, a new Russian legislation (dubbed ‘Yarovaya law’ or ‘Big Brother law’) requires messenger apps and other “organizers of information distribution” to add additional coding to transmitted electronic messages so that the the FSB can decipher them.

Telegram agreed to register its service in Russia, but refused to cooperate with the secret service under “laws incompatible with Telegram’s privacy policy.”

As a consequence, a Moscow court ruled to block access to Telegram in a trial, which the messenger’s founder and CEO Pavel Durov called “an open farce.”

The authorities’ failed attempts to block access to the service in the spring of last year caused substantial damages to a number of online services, which saw their IP address blocked even though they had no relation to Telegram.

Wargaming closed its studios in Russia and Belarus following the military invasion of Ukraine, and is now adding new studios in Central and Southeast Europe.

Romanian crowdfunding platform SeedBlink helps Bulgarian startup Agriniser raise funds
3 days ago
Investments into Serbian startups soared more than 600% in 2021
3 days ago
Uzbekistan’s IT sector on fire and targeting the vast US market
6 days ago
EWDN: Yet another Ukrainian-founded unicorn: airSlate raises more than $50mn in the US
8 days ago
Wargaming opens studios in Belgrade and Warsaw after pulling out of Russia and Belarus
10 days ago