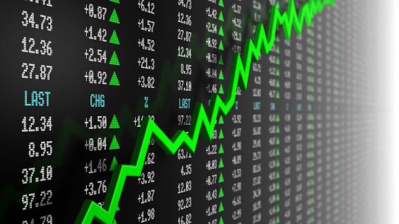 The Russian equity market was suspended immediately after the Russian attack on Ukraine on February 24, but share prices had already taken a beating in the previous four months as tensions over Ukraine built.

The Central Bank of Russia (CBR) decided to let trading resume in 33 names, most of Russia’s blue chips, but banned short selling and trading on the dollar-denominated Russia Trading System (RTS), the preferred exchange for foreign investors, which remains suspended.

The MOEX index fell from 3,511 the week before the invasion to 2,470 afterwards, where it has remained for the last three weeks. Both results are well off the 4,230 peak set at the end of October just before an article appeared in the Washington Post on October 30 warning of a large-scale build-up of Russian troops on Ukraine’s border.

The biggest winners were Russia’s commodity stocks, which have benefited from a surge in commodity prices caused by the uncertainties of the war. However, the shares in Russia’s VTB Bank and the national airline Aeroflot – both of which are under sanctions – tumbled in volatile trading.

Energy firms enjoyed some biggest gains, with gas producer Novatek, oil majors Rosneft and Lukoil, as well as gas giant Gazprom, all up 10-20%.

Shares in mining giant Norilsk Nickel also gained 10%. NorNickel has benefited from the tailwind of spiking nickel prices, driven up by fears that it would be sanctioned. Nickel trading on the London Metals Exchange (LME) was suspended when the price of the metal, which is a key component in the manufacture of electric vehicles (EV), doubled to around $42,000 per tonne, before spiking to over $100,000 per tonne, at which point trading was stopped and the previous deals were cancelled. The price of nickel remains up by over 120% YTD.

The losers were companies directly affected by sanctions. Shares in Russia's second-largest lender VTB Bank were down around 5% from late February levels and the share price of Aeroflot sank about 20% at one point before cutting its losses to 16%, Reuters reports.

State to the rescue

The government has made some $10.5bn available from the National Welfare Fund (NWF) to support the market and the CBR said that it might step in and buy some shares to prevent a total collapse of the market. It remains unclear if the CBR used any of this money in the first day of trading. The finance ministry did not immediately respond to a Reuters request for comment.

"Large bids to buy Russian shares have been seen since the market opening," BCS Brokerage said in a note, as cited by Reuters. "The overall sentiment is supported by the confidence that the finance ministry will buy stocks."

Amongst the buyers of stocks were Russian retail investors. BCS GM reported that in a survey of its retail investors three quarters said they intended to buy shares and hold them for the “long term” as retail investors, who are now heavily invested in Russian stocks, try to claw back some of the money they lost in the crash from a potential rebound. Trading apps of major brokerages, including Sberbank, VTB and Alfa, reported problems with processing clients' orders following increased interest in Russian stocks.

CBR Governor Elvira Nabiullina also opened the domestic OFZ bond market on March 21, which was also stabilised thanks to CBR intervention and a set of restrictions to restrict volatility. However, it was reported that foreign investors have not participated in either the bond or equity market since the war broke out at the end of February.