Mikhail Gutseriev speaks at the The Russia Forum in 2012. / Photo by CC
By Jason Corcoran in Moscow December 20, 2016

Nothing proves your wealth in Russia more than an ostentatious wedding with a gaggle of A-list Western popstars. So dropping a rumoured $1bn on his son’s nuptials almost a decade after fleeing Moscow showed the world that Mikhail Gutseriev is back at the top table.

Gutseriev burnished his comeback in March this year when his son Said married a 20-year-old dental student in a jaw-droppingly affair, rumoured to have cost his dad up to $1bn. Entertainment at the lavish Moscow event was provided by a myriad of billboard stars, including Jennifer Lopez, Beyonce, Elton John, Enrique Iglesias and Sting. 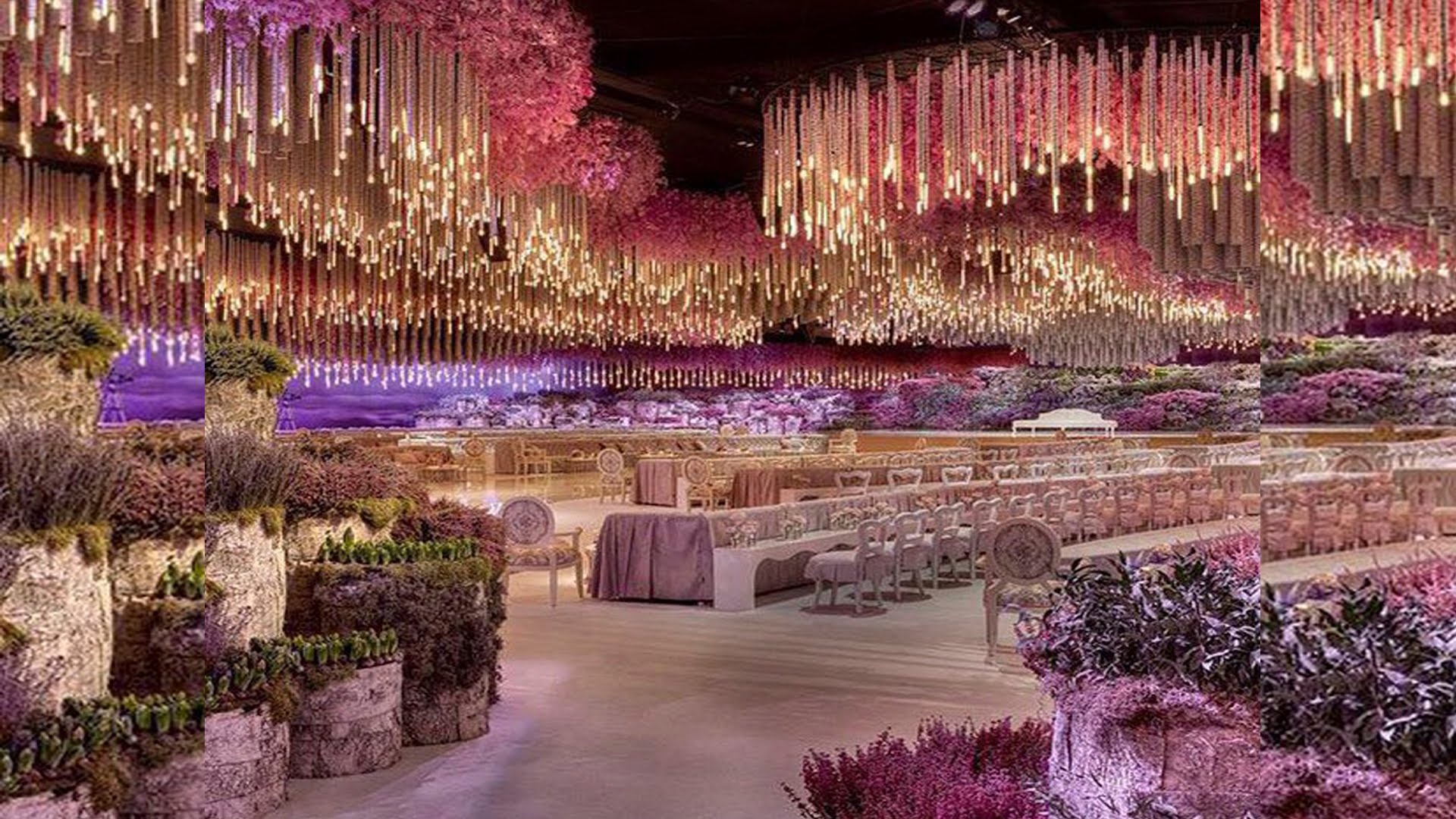 The 58-year-old tycoon, who is worth an estimated $6.7bn, has also been splashing the cash on a myriad of assets over the past two years to expand his growing empire. Earlier in December, Gutseriev’s Safmar Group agreed to buy Russian electronics chain M.video for $1.3bn in the biggest domestic M&A deal since Western sanctions were imposed almost three years ago. A month earlier, Gutseriev also raked in $500m from the successful IPO of his oil producer Russneft, of which he is chairman.

“Gutseriev is the comeback oligarch,” a veteran Russia-focused investment banker tells bne IntelliNews. “Just a few years ago, he was frozen out by the Kremlin and exiled to London, and now he’s just pulled off the biggest Russian IPO of the year and the biggest Russian M&A deal.”

Unlike other exiled Russian oligarchs in London, Gutseriev never publicly complained nor sang like a canary about his predicament to the Western press. Other tycoons in ‘Londongrad’, such as Mikhail Khodorkovsky and Yevgeny Chichvarkin, are unlikely to be allowed to return home as free men after becoming vocal critics of the Putin regime.

In 2013, Gutseriev regained control over Russneft, which he created in early 2000s, by acquiring a 49% stake for $1.2bn from the industrial holding Sistema AFK and another 2% from Sberbank.

Russneft struck it gold over the past two years, earning $700mn by hedging the price of oil price via an option at the effective insistence of Sberbank boss Herman Gref.

Gutseriev signed a hedging contract with the state-run lender in late 2014. “Gutseriev owed Sberbank a lot, and Gref basically told him to hedge for 2015,” an anonymous source familiar with the deal told business daily Vedomosti in April this year.

The windfall was spent on paying off Russneft’s outstanding debts and as a war chest for the acquisition of new assets. Gutseriev has also been busy hoovering up real estate assets and hotels in central Moscow, including the National Hotel next to Red Square.

In his spare time, Gutseriev enjoys composing poems and songs such as “Crazy Love” and “Moscow: business lunch” for Russian crooners such as Joseph Kobzon and Dima Bilan. “I am a pianist, violinist, poet and then a businessman,” he once told a Russian newspaper.

B&N Bank, which he co-owns with his nephew, has swollen in size in the past year after a string of deals. The lender, which was ranked about 30th largest in 2014, jumped to eighth place this year after buying the nation’s 23rd largest bank, MDM Bank, and dozens of other assets.

Gutseriev is not limiting his business interests to Russia. In June 2015, Gutseriev said his business units agreed a $1.4bn credit line with the Export-Import Bank of China to build a potash plant in Belarus. The project’s full cost is around $2bn, with the billionaire noting that his business units will invest up to $600mn of their own resources.

In June this year, China Development Bank and the Belarusian state-owned Belarusbank signed a $1.4bn credit agreement for financing the construction of a mining and processing complex in Belarus.

The rise of Gutseriev has coincided with the demise in the fortunes of another oligarch, Mikhail Prokhorov. The party-loving billionaire is seeking buyers for all of his assets after falling foul of the Kremlin following a series of investigative reports by his RBC media holding into individuals close to the Kremlin.

“M.video is one of the outstanding companies in its field, and we see it as the base for Safmar Group to expand its business in the non-food retail sector,” Gutseriev said in a statement announcing the recent deal.

Gutseriev was born into an Ingush family with many children in Astana, in the then Kazakh Soviet Socialist Republic. He later graduated from a high school in Grozny, the capital of Chechnya.

After graduating from a technical institute there, he continued his education at the Gubkin Oil and Gas Institute in Moscow, before studying law at Leningrad State University.

In 1982, Gutseriev began working at a Grozny factory that produced consumer goods. He subsequently became the factory's director, and in 1988 launched the first-ever Soviet joint venture with a foreign company.

Following the collapse of the Soviet Union, Gutseriev went into banking, oil and Russian federal politics. He was elected to the Russian State Duma in 1995 as a candidate for Vladimir Zhirinovsky's Liberal Democratic Party of Russia, and was subsequently named a deputy speaker. He was reelected to the Duma in 1999.

In 2000, he became president of the state-owned Russian-Belarusian oil company Slavneft, but was removed in 2002 following a vote by the board of directors.

When Slavneft was later privatized, however, Gutseriev managed to purchase some of its assets, creating the nucleus of his new oil and gas conglomerate Russneft. By 2006, Russneft had become the ninth-largest oil company in Russia, with an output of 340,000 barrels per day.

Late that year, the powerful Prosecutor General’s Office launched an investigation into possible illegal business activities and tax evasion by three Russneft subsidiaries. Gutseriev was summoned for questioning and four months later the Interior Ministry formally brought charges against him. An international warrant was subsequently issued for his arrest.

Political analysts believe it was Gutseriev’s behind-the-scenes meddling in the North Caucasus that may have contributed to his fall from grace. His brother had also tried to run for president of Ingushetia. Gutseriev is also rumored to have provided millions of dollars in financial support in the early to mid-2000’s to then-Chechen Republic head Akhmed Kadyrov in the hope of acquiring Rosneft's 51% stake in the Chechen oil company Grozneftegaz.

Gutseriev didn’t wait for the investigations to be concluded and fled Moscow for London at the start of the summer of 2007. He returned to Russia briefly that August to attend the funeral of his eldest son, Chingiz, who was killed in Moscow in mysterious circumstances.

In April 2010, the criminal case against him was suddenly dropped. Analysts suggested the billionaire’s rehabilitation may have been linked to his role in calming tensions in Ingushetia, which has been dogged by near-daily Islamist rebel incidents.

Gutseriev says he is now back in Russia to stay and seems to have learnt his lessons about interfering in politics for his own personal gain  “I’m not a rat running from a sinking ship,” he told Russian newspaper RBC. “I’m absolutely convinced that you need to hold on.”