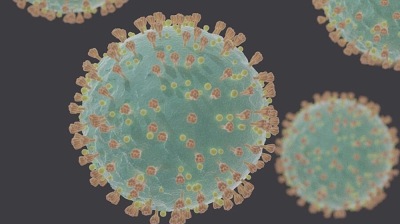 Russia recorded its first official case of the so-called Kraken subvariant of the Omicron variant of COVID-19, the Rospotrebnadzor state monitoring agency reported on January 12.

The highly contagious subvariant was reported in the Penza region, 625 km southeast of Moscow.

The World Health Organization (WHO) has declared the Kraken variant “the most transmissible known COVID-19 variant” on January 4. It was first detected in the United States in October and has since spread to several European countries.

Now it has reached Russia, according to the press service of Rospotrebnadzor. However, despite being highly infectious, the effects of the virus are mild, according to WHO experts.

Currently there are a wide range of Omicron varieties established in Russia, which reported 4,201 new cases of coronavirus infection in the last week and 48 patients fatalities. The dominant variant in Russia is the BA.5 variant, nicknamed “kraken”, RFE/RL reports.

Last autumn a number of isolated cases of infection with the Delta strain were also detected in Russia, which dominated in the second half of 2021 and caused the death of several hundred thousand people. Rospotrebnadzor has not identified other strains in recent months.

In total, about 22mn cases of COVID-19 infection were registered in Russia (including the annexed Crimea) during the pandemic. The total number of fatalities in Russia to date according to official figures is 394,214.

"The disease caused by this virus is mild, usually progressing as an acute respiratory viral infection; at least such data is available from abroad where XBB.1.5 has spread widely, though the disease may progress not that mildly with people from vulnerable categories of population," he said.

Following the first incidence of kraken in Russia, the authorities have no plans to impose restrictions, the watchdog said.