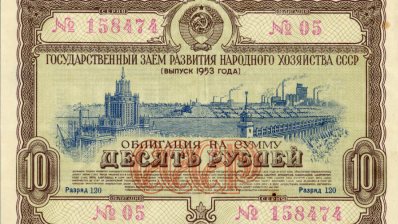 Russia's Finance Ministry has swiftly placed $3bn and €0.75bn worth of Eurobonds, maturing in 2035 and yielding 5.1% and 2025/2.375%, respectively – the biggest issue in six years. The issue was organised by VTB Capital and Gazprombank.

The sovereign placement tests the investor mood and amid sanction pressure. In November 2018 Russia placed €1bn worth of seven-year bonds, issuing euro-denominated securities with a five-year maturity, despite the military crisis in the Azov Sea.

In March 2018, the Finance Ministry placed $4bn worth of Eurobonds that generated high demand of $7.5bn despite escalating tensions with the West. Out of the placement $1.5bn was a new issue and $2.5bn refinancing of old issues.

"As the FED confirmed a pause in monetary policy tightening yesterday, we see the timing as favourable," BCS Global Markets commented on the latest placement on March 21, adding that "given a strong appetite for risk overall, we expect strong demand regardless of whether or not sanction risks are still on the table."

Strong demand is also seen in the private sector, with a total of $2.67bn Eurobonds placed by four issuers in the first quarter of 2019, according to the data by Rusbonds. More than a half of the Eurobonds placed by Alfa Bank, Credit Bank of Moscow, Gazprom and Eurochem have been bought out by foreign investors.

On the equity market, a number of SPOs has been carried out, after having no deals since August 2018, such as the sales in Norilsk Nickel and Evraz by Roman Abramovich and Alexander Abramov, the sale of minority stake TCS Group by Oleg Tinkov, and prepared SPO of meat major Cherkizovo.

In the meantime the Finance Ministry also continued to place solid issues of domestic federal OFZ bonds. On the weekly Wednesday March 20 auction the ministry sold RUB61.4bn ($0.96bn) of seven-year bonds to RUB73.3bn demand, as well as RUB10.5bn 15-year bonds. Longer-term issue was still less popular as it sold less even with the 2-3bp premium to the secondary market.