Russia goes Big Pharma in the fight for the coronavirus business 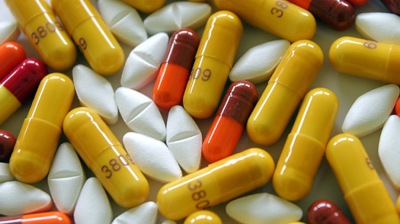 There is between $3bn and $5bn in play for the company that can produce a working coronavirus vaccine and Russia is one of the front-runners to win a big slice of that business
By Ben Aris in Berlin November 13, 2020

Russia was widely criticised when it was the first in the world to register the Sputnik V anti-coronavirus (COVID-19) vaccine in August, accused of rushing through the approval for political gain.

Since then, the whole development of the vaccine has been dogged by Schadenfreude as the press leapt on any signs of impropriety in the data and Russia has even been accused of stealing the technology.

But the markets jumped when the US pharmaceutical giant firm Pfizer, together with the German research company BioNtech, stated their version of the vaccine has a 90% efficacy, and investment banks immediately upgraded their 2021 outlooks for a scenario where some sort of normality returns.

In the meantime, Sputnik V’s clinical Phase III trials are half way through and no major problems with Sputnik have been thrown up yet. About half of the 40,000 volunteers in the trial have been given both shots to no major ill-effect. And the day after Pfizer’s announcement, the producers released preliminary results that show Sputnik V has a 92% efficacy.

“Everyone is sick and tired of all the COVID news flow in recent months but there has already been a lot of progress already made in the vaccine – and I’m not talking about US vaccine,” Sofya Donets, Renaissance Capital’s Russia and Commonwealth of Independent States (CIS) economist, said during the bank’s 25th anniversary investment summit last week. “In Russia we already have two vaccines that are registered: one back in August and then again in October. They will be ready soon for large-scale production.”

Donets is already including a scenario where mass vaccinations takes place and that pandemic fades away in the first half of next year.

“40,000 volunteers were already vaccinated during the testing period. By the end of this year producers are ready to supply 5-6mn doses per month and by spring officials report that will go up to 15mn per month: enough to vaccinate all Russians over the age of 60 in two months,” says Donets.

Put aside for a moment the political one-upmanship that has dogged the global search for medicine to deal with a killer illness. Once the hype ends the business will begin. And this is going to be a very big business indeed.

Estimates of the value of the coronavirus vaccine market vary wildly with figures from $25bn to $100bn being bandied about. But clearly it will be worth multiple billions of dollars. And whoever gets a working vaccine to market first will capture a large slice of that money.

Kirill Dmitriev, the CEO of the sovereign wealth fund, the Russian Direct Investment Fund (RDIF) that financed much of the Sputnik V research, says he thinks Russia will control about a third of the eventual 3bn-5bn dose market. If that is true, then coronavirus vaccine exports will earn Russia as much as it gets from exporting grain or arms – and Russia is a global leader in both those export categories.

Russia Inc. as a Big Pharma concern is not exactly an image that we are used to, but given its prowess in the other sciences it certainly has the intellectual capital that could produce a working vaccine.

Last month, the RDIF said that it is currently investing into production facilities and will be able to produce 30mn doses by the end of this year and up to 200mn doses a year starting in 2021, but clearly it is not going as fast as the sovereign wealth fund had hoped for.

Nevertheless, millions of doses will be produced and the volume will rise rapidly as the problems are ironed out. With some $10bn of assets under management and the power of the Kremlin at its back the RDIF is not short of money or resources.

But Russia is. It doesn't have a well-developed and diversified pharmaceutical industry like that in the US that can be raided for resources and manpower.

However, Russia is doing a lot better on the distribution and marketing fronts. One of the big problems with the Pfizer vaccine is that it needs to be kept very cold.

Anthony Fauci, director of the US National Institute of Allergy and Infectious Diseases, said on November 11 that the distribution of Pfizer’s messenger RNA-based technology in developing countries is going to be “difficult” because it needs to be kept at -70C (-94F).

“It does have cold-chain challenges as it were. In a country like the UK and the United States we can address them and it still would be challenging; but probably much more challenging in countries in the developing world,” Fauci said at the Financial Times’ global pharmaceutical and biotechnology conference.

The Russian version has none of these problems, as it can be kept at room temperature.

Russian investment bank BCS Global Markets estimates that possible pricing of the vaccine for sales abroad could vary at about RUB300-1,000 per dose ($4-14), which is a fraction of estimates by the Financial Times of planned vaccine prices by foreign pharma majors’ leading candidates: Moderna $25-30/dose, Pfizer/ BioNTtech $19.5 and AstraZeneca $3-4, although the last is on a par with the Russian cost.

Russia is also well ahead on the marketing and sales. In August almost immediately after Sputnik V was registered, the producers signed a deal with Kazakhstan to supply several million doses as soon as clinical trials were over.

Uzbekistan has also signed a deal with Russia for 30mn doses, as have several BRIC countries. In all, some 50 countries have reportedly signed some sort of deal with Russia to buy its vaccine. For countries like Kazakhstan and Uzbekistan driving vaccine doses around their huge countries that have to be kept at -70C is a non-starter. Plus following its “Moscow consensus” ideology the Kremlin will package sales of vaccine doses together with other things like energy and politics to make up an offer that appeals to countries like these that a commercial entity like Pfizer can’t match.

“We expect that Russia will move on domestic vaccine and will already start exporting the vaccine in the first half of 2021. 20 countries are in discussions with Russian producers,” says Donets. “The India potential contract is for 100mn doses as well as LatAm countries [and] as well as Russia’s regional neighbours.”

Just these named deals add up to something around $500mn, which is half of the RDIF’s Dmitriev’s guess that Russia could take $1bn of the total $3bn-$5bn market.