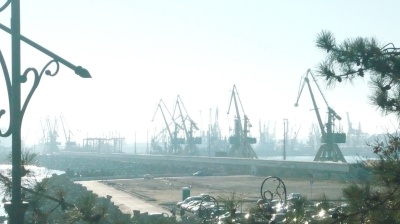 Romania is planning to repair the old wide-gauge railway linking the Port of Galati to Giurgiulesti just across the border in Moldova so that freight trains loaded with grain from Ukraine can reach ships, without Ukrainian trains wasting time changing wheels at the border.

Transport Minister Sorin Grindeanu claimed that this Danube port will become, together with the port of Constanța, one of the key points in the region for the transport of goods and raw materials. The advantage of the Port of Galați is that both river and sea vessels can be loaded here.

According to Grindeanu, the transportation of Ukrainian grain through the Black Sea remains the cheapest solution, despite the rising costs of insuring ships due to the war and the mines in the Black Sea waters.

"Ukraine exports most of the grain to North Africa, and the Black Sea is the shortest route. The alternatives would be through the Port of Gdansk or Trieste, but the routes would be much longer,” the Romanian official argued.

Grindeanu, announced on April 26 that the institution he leads has started a tender for the repair of the railway line between Giurgiulesti and the Port of Galati to allow the transport of goods to and from Ukraine through Moldova. The bids for the repair works contract are expected by May 19.

The Port of Galați is the largest port and seaport on the Danube River and the second largest Romanian port.

The Port of Constanta has become a major route for Ukrainian grain as well. Ukraine has so far sent about 80,000 tonnes of grain via Constanta, and even larger quantities are expected to arrive, the director of the National Company for the Administration of Maritime Ports (CNAPM) Constanta, Florin Goidea, said.

He explained that the grain arrived either by rail or by barges on the Danube.

He confirmed that the port has the capacity to handle additional grain exports. The storage capacity in the port of Constanta is about 2mn tonnes, and last year exports of about 24mn tonnes were shipped from here.