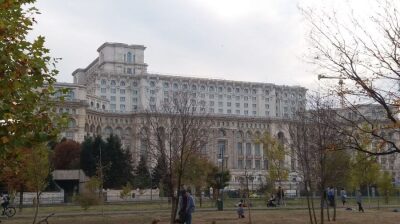 The package of social and economic measures dubbed “Support for Romania”, estimated to cost the government RON17.3bn (€3.4bn), will enter force as of May 1, Romanian Prime Minister Nicolae Ciuca announced on April 11 when unveiling the key elements of the package.

The funds are intended to help low-income households and firms hit by rising prices and the war in Ukraine.

More than half of the country’s population will benefit, head of the Social Democratic Party (PSD) Marcel Ciolacu said.

Just over half of the financial cost of the package (52%) will be financed from the cohesion funds earmarked by the European Union for the 2014-2020 multiannual financial framework but not spent yet, the Romanian authorities explained. It remains unclear whether the European Commission’s permission for this was obtained in advance.

The Romanian government maintains the deficit target and the cost of the package will be financed from the better tax collection, Finance Minister Adrian Caciu said.

The government will not increase tax rates or introduce new taxes to finance the package, he added.

Among the measures included in the package, meal vouchers will be distributed to low-income households, the Kurzarbeit subsidy will be maintained until the end of the year and the minimum statutory wage will increase by RON200 per month, with all the taxes and social security contributions waived for the supplementary RON200.

A minimum statutory wage of RON3,000 will be introduced for the agriculture sector.

Companies hit by the war in Ukraine will receive grants and transport companies will be disbursed subsidies for car fuel.

The construction contracts awarded by the state will have their prices adjusted so as to reflect the higher prices of construction materials.

The bank loan moratorium for households and firms was not included in the final form of the package.

The aid package will lead to higher inflation, argued Ciprian Dascalu, chief economist of BCR, speaking to Economedia.ro. "Higher inflation and more pronounced economic slowdown" would be the effects of the package, he argued.

"In the face of a supply shock, the fiscal response is adequate, but unfortunately the starting point — the structural deficit before the COVID crisis — has constrained fiscal space for a proper response to the current supply shock caused by the war in Ukraine,” said Dascalu.

However, the government never claimed that "Support for Romania" is an economic strategy aimed at fighting inflation or pursuing fiscal consolidation — but a package aimed at addressing urgent problems of households and firms.