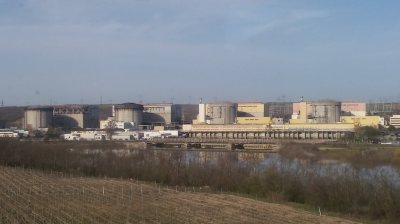 Romania’s government will exit the deal with its Chinese partner China General Nuclear Power Corporation (CGN) on the construction of reactors 3 and 4 at the Cernavoda nuclear power plant, Prime Minister Ludovic Orban announced in an interview with Hotnews.ro.

He invoked the European Union’s Green Deal rather than security issues or cost concerns circulated previously as the main reason behind a potential end of the deal with CGN to expand Romania's only nuclear power plant.

Nuclear energy is excluded from the Just Transition Mechanism, a key financial component of the European Green Deal that should make the bloc climate neutral by 2050.

“It is clear to me that the partnership with the Chinese company is not going to work,” Orban said, adding that the government has already started to look for a new partner and financing for the project.

He explained that all the new projects in Romania’s energy sector will depend from now on on the European Union’s Green Deal, an initiative aimed at reducing CO2 emissions in the EU.

In 2015, Romanian state-owned electricity producer Nuclearelectrica, the company that operates the Cernavoda nuclear power plant, signed a memorandum of understanding with CGN on the construction of two new reactors, 3 and 4.

On May 8 last year, the two sides officially signed the preliminary agreement on the construction and operation of two new reactors. However, the cooperation between Nuclearelectrica and CGN became uncertain after Romania’s President Klaus Iohannis and US President Donald Trump signed a joint declaration on August 21 in Washington that mentioned a closer cooperation between the US and Romania in the field of nuclear energy. In September, former PM Viorica Dancila also signed a memorandum in this regard with US Energy Secretary Rick Perry.

Moreover, CGN was accused of nuclear espionage by the US government back in 2016.