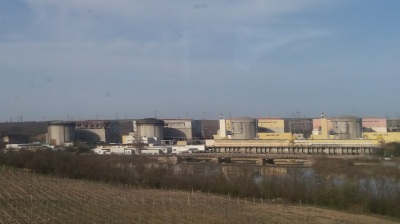 Nuclearelectrica, the operator of Romania’s Cernavoda nuclear power plant, controlled by the energy ministry, and China’s state-owned China General Nuclear Power Corporation (CGN) on May 8 officially signed the preliminary agreement on the construction and operation of two new reactors at the nuclear plant.

Plans to expand the Cernavoda nuclear power plant have been under discussion for years, with various international investors including CEZ, GDF Suez and RWE having previously pulled out.

In 2015, state nuclear power company Nuclearelectrica and CGN signed a memorandum of understanding on the construction of two units at the Cernavoda nuclear power plant.

Expanding the power plant, which currently has two Canadian Candu-6 reactors and supplies around 15% of Romania’s energy, will help the country reduce dependence on coal power.

Romania is among several countries in Central and Eastern Europe looking to increase their nuclear capacity to boost energy security. Russia’s nuclear power exports are booming on the back of this trend. However, unlike Belarus and Hungary, which are making similar investments, Bucharest — which has an often tense relationship with Moscow — has looked to China to carry out the project.

Under the preliminary investors agreement signed by the energy ministry and CGN, a joint-venture company will be set up as the technical and operational platform for the expansion project, with 60 working days. CGN’s share in the project company will be 51% while Nuclearelectrica will hold the remaining 49%.

“Romania has obtained the European Commission’s agreement to implement contracts for difference (CfD), a new form in which energy consumers will subsidise new investment projects, and the energy ministry is preparing amendments to the legislation,” said Energy Minister Anton Anton at the press conference after the signing of the agreement, quoted by Agerpres.

“CfDs are not designed only for nuclear energy. They represent a new form of subsidy, rather aimed at encouraging capital and investors in the field of energy. We, but not only us, are on a downward slope of energy production while the consumption rises rapidly, so we need to find ways to attract investors to this area,” the minister said.

With the CfDs, investors are paid the difference up to an initially set strike price, while returning the money to a clearance house when the market price is above the strike price. The strike price is agreed such as to allow investors to get a guaranteed rate of return on investment.

In August 2017, the Chinese company asked for guarantees for a 15% internal rate of return (IRR) should it go ahead with building the new reactors. But it remained unclear whether Romanian authorities would accept such high profitability, since this would imply a high cost paid by consumers. For comparison, the project’s IRR was envisaged at just 11.3% under the company’s development strategy drafted in 2013, when Nuclearelectrica's shares were listed on the stock exchange. In another project developed by EdF at Hinkley Point in the UK, the British authorities received the European Commission’s agreement to guarantee 10% IRR, which was still seen as too high by the British authorities.