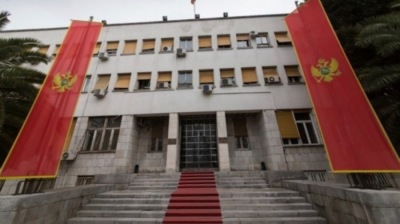 An unnamed Russian diplomat linked to Montenegro’s parliament speaker has been declared persona non grata and expelled from the country.

Parliament speaker Strahinja Bulajic, a member of the pro-Russia Democratic front, has blocked the formation of a new government by refusing to call a parliament session to vote on the proposed cabinet. His comments to local media outlets indicate he plans to keep the country in political limbo for months by continually postponing the session.

The outgoing ruling coalition headed by Prime Minister Zdravko Krivokapic, and including the Democratic Front along with numerous other small parties, had already been dysfunctional for months before it lost a no-confidence vote in February.

On March 4, Montenegro’s Foreign Affairs Ministry said it had declared the Russian diplomat persona non grata, giving him 72 hours to leave the country. This is the first time Podgorica has expelled a Russian diplomat.

“This decision was taken after Montenegrin security agencies assessed that the Russian diplomat’s activities were not compatible with the Vienna Convention,” the ministry said in the statement, referring to a 1961 international treaty on diplomatic relations.

It did not provide further details, but N1 reported that the expelled person was Russian intelligence expert Viktor Antipin who was known to have met with Bulajic in a cafe in Danilovgrad near the capital Podgorica.

Bulajic has admitted attending the meeting but said that as parliament speaker he is required to meet various people. Bulajic took over the office of speaker after parliament removed his predecessor, Aleksa Becic, at the beginning of February.

Bulajic has been in the headlines in Montenegro recently over his refusal to call a parliament session to allow the appointment of a new government to replace Krivokapic’s.

He has admitted to local media that he intends to use all possible legal procedures to postpone the session until the start of the summer, giving Krivokapic’s government several more months in office.

Krivokapic’s former deputy Dritan Abazovic filed the confidence motion as a way to exit the months-long political deadlock. He has now proposed a minority government excluding both the Democratic Front and the former ruling Democratic Party of Socialists (DPS).

Earlier in March, President Milo Djukanovic gave Abazovic a mandate to form a new government, but parliament must convene to vote it in.

Meanwhile, the Democratic Front has made several attempts to preserve the outgoing ruling coalition, but has failed so far. The coalition was mainly held together by its members’ wish to oust the DPS, but they were unable to find much common ground once in power.

Some of the Democratic Front’s leaders were sentenced for plotting a coup back in 2016 along with Russian intelligence officers and Serbians, aiming to oust Djukanovic's DPS from power after the October 2016 general election.

After the change of government in Montenegro in 2020, the court’s ruling was overturned and a review was ordered, and all those sentenced were released.

Shortly after Russia invaded Ukraine in February, thousands of supporters of the Democratic Front blocked 17 key roads across Montenegro. The blockades were in protest over a domestic issue: the planned formation of Abazovic’s minority government. However, some protesters carried flags of the self-proclaimed People’s Republic of Donetsk within Ukraine, recognised by Russia as independent, and hailed the Russian invasion of Ukraine.