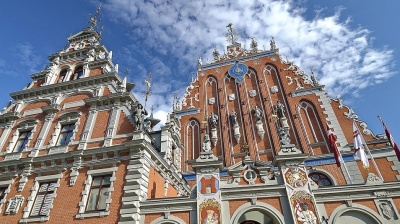 Prime Minister Krisjans Karins’ government has pledged to put cleaning up the country’s financial sector at the top of its priority list. That is sorely needed in Latvia, where the governor of the central bank is being tried on charges of corruption and where the third largest bank ABLV shut shop a year ago following US charges of money laundering and financing the North Korean regime.

PM Karins also wants to tackle corruption, carry out a reform of the education system, and improve healthcare.

“We will complete regional reform and have clearer local government structure, as well as improved education system and better health care across Latvia. We will continue to strengthen the rule of law through our judicial system,” Karins told Latvian in a televised address on January 1.

There is no election in Latvia in 2020, and the next vote is going to be for local governments in 2021, an arguably slightly less important contest. The political scene is fragmented, however, and the government is at risk of collapse. The incumbent five-party coalition led by Karins appears fractious, as the coalition talks took a full three months to complete.

Karins’ own Unity Party will govern in coalition with the New Conservative Party, the populist KPV, the National Alliance, and liberal For Development/For! The coalition has a majority of 61 seats in the 100-seat parliament. The pro-Russian Harmony party and the Union of Greens and Farmers were left out.

Overall, Latvia will continue its Euro-Atlantic course, as has been the case since becoming independent of the Soviet Union in the early 1990s.

Current poll standings of the main parties see Harmony — the party whose electorate is mostly Latvian Russians — at 21%, followed by the PM’s Unity at 14% and the ruling coalition member National Alliance at 13%. The opposition Union of Greens and Farmers is at 12%. Co-ruling New Conservative Party is close behind at 11% and another ruling coalition partner, the liberal Movement For!, is at 10%. The smallest coalition party, the anti-establishment KPV, is at 4%.

2020 is likely going to see further slowdown in Latvia’s economic growth rate, although forecasts vary rather considerably. GDP is expected to grow 2.8% this year, according to Latvia’s budget bill, a slowdown of 0.4pp versus the expected expansion last year and the slowest expansion since 2016. SEB predicts growth of just 2% in 2020, down from 2.4% in 2019. Swedbank’s forecasts are in similar territory, predicting an expansion of 2% in 2020 versus 2.3% in 2019. Perhaps surprisingly, the European Commission forecasts an acceleration to 2.6% this year, up by 0.1pp versus expected growth in 2019.

“In the near term, growth will be determined by how well private consumption can offset foreign trade, which at best will make a neutral contribution to GDP growth,” SEB wrote in its latest outlook in November.

“Household spending will remain relatively modest despite strong real wage growth and a tight labour market. We estimate that consumption will rise by 2.8% [in 2019] and 2.5% [in 2020].”

“Poorer prospects will slow down capital spending activity, which is partly explained by increased uncertainty and an earlier peak in EU funding inflows. Over next two years, fixed investments will increase by 3-4% annually. Global weakness has hurt exports, which fell by 2.5% during the second quarter. Despite a weaker outlook, Latvia will avoid recession,” SEB wrote.

Annual average inflation is projected at 2.5% in 2020, a reduction of 0.3pp versus 2019, although still an upward revision versus earlier forecasts, according to the government’s budgetary plan. That is because of the inflationary effect of higher electricity and natural gas prices. SEB predicts CPI growth of 2.2%, a drop of 0.6pp versus 2019.

Despite the weaker outlook, the consensus is that the labour market will remain tight in the second quarter with high vacancy rates underscoring the mismatch between supply and demand. This applies especially to differences in skills and heavy demand for low-paid workers, SEB notes.

“The vacancy rate will therefore remain high even though unemployment will soon reach around 6%. However, in the first half of 2019, pay growth remained high due to inertia in wage setting. Developments in the labour market are slowing pay hikes, which will fall from 7.3% to 4.5% in 2021. A tight labor market, demographics and strong expectations from the public sector will maintain pressure,” SEB wrote.

Forecasting 2020 could prove tricky in an uncertain environment, the European Commission warns. “The risks to the forecast are tilted to the downside as the slowdown in investment and exports may spill over to the labour market and therefore negatively affect private consumption. Moreover, the uncertainty related to the external environment could also impact export growth more sharply than currently forecast,” the EU executive said in its latest forecast, published in November.

The Latvian parliament passed the state budget bill for 2020 in mid-October. The bill pencils in a number of increases in welfare payouts as well as increases in pay for public sector employees such as health care workers and teachers.

The bill assumes a deficit of 0.3% of GDP and economic growth at 2.8%. The bill also states that the consolidated budget revenue will come in at €9.9bn next year, an increase of 7.6% versus the 2019 budget bill. Consolidated budget expenditure will amount to €10bn, a growth of 6.4%.

“The first priority, with the largest additional funding of €50mn, is the health sector. This is followed by the education system, with an additional €23mn for teachers' salaries. An additional €18.9mn for the interior sector and an additional €13mn for salaries of cultural workers, which have not been increased for years,” Karins said about the budget in a statement.

The Riga government also plans an increase in the minimum wage to €500 a month towards the end of 2020. Non-taxable income will increase as well. There will also be increases in state social guarantees, benefits for the disabled, the minimum retirement pension, and in other welfare payouts.

Budget revenues will be supported by a number of tax increases planned for 2020. There will be a higher gambling tax and a new higher levy on natural resources as well as tobacco products and fuels.

“Benefitting from the ultra-low interest rates in the eurozone, Latvia has reduced its interest bill over the past years as a share of government revenue, but also in absolute terms. At the same time, the authorities have actively pursued a strategy of prolonging the overall maturity profile by issuing several bonds with 30-year maturities,” S&P said in March.

“Even with scheduled pre-finance operations — there are large Eurobond redemptions in 2020 and 2021 — we expect a decline in the general government debt/GDP ratio to 34.3% in 2021 from 35.9% in 2018 and compared with the current 'A' median of 48%. Downside risks to debt and fiscal dynamics are limited by low financing costs,” Fitch Ratings said in October.

Cleaning up the financial sector

Tellingly, the opening lines of the Latvian central bank’s, Latvijas Banka’s, most recent financial stability report, published in August, cover the issues of money laundering and terrorism financing. Latvia has long been one of the EU’s worst member states when it comes to lax supervision of money flows from outside of the EU to the Latvian boutique banks that specialised in servicing non-resident customers.

One of the early and important challenges is coming as early as in February, when the G7’s Financial Action Task Force (FATF) — an intergovernmental body set up to combat money laundering and terrorism financing — might put Latvia on the so-called “grey list” of countries strategically lacking measures to fight financial crime.

“Latvia is doing the right thing right now, focusing on avoiding being put on this grey list. Latvia is doing its best to remove the negative scenario from the agenda. This means not only making changes, but also communicating what we have done to partners in a very clear way. This is very important," Martins Kazaks, the new governor of the Bank of Latvia, told The Baltic Times in early January.

Kazaks also said that if Latvia was effectively included in the list, it wold make the financial sector “not sufficiently capable of strengthening the Latvian economy."

Other than fixing its tarnished reputation of being too easy on illicit money flows, the Latvian financial sector is also wary of deterioration of the external macrofinancial environment as one of the main systemic risks to Latvia's financial stability.

The major lenders still mostly rely on domestic deposits as the main source of funding and these deposits continue their robust growth. Credit institution liquidity risk remains limited as credit institutions overall maintain a considerable amount of liquid assets which is more than sufficient to ensure compliance with the liquidity coverage ratio (LCR) and the individual increased additional LCR requirements set by the FKTK, Latvia’s financial sector regulator.