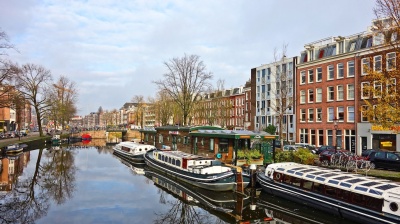 / Mabel Amber via Pixabay
By Valentina Dimitrievska in Skopje June 24, 2021

North Macedonia’s government cannabis regulation body is working on drafting legal framework for decriminalisation, legalisation and use of the substance, the government said on June 24.

The country legalised use of medical cannabis in 2016. In November 2020, Social Democrat Prime Minister Zoran Zaev said that he supports the decriminalisation, but also legalisation, of cannabis consumption saying that this will help the tourism and hospitality industry in the country.

At the second meeting, the working group adopted definitions of the terms ‘decriminalisation’, ‘legalisation’ and ‘depenalisation’ regarding cannabis use, the government's statement said.

The definitions of terms are needed to better understand the levels of permitted use of cannabis, including recreational use.

The working group also took a decision on making a comparative analysis of cannabis use models in 10 states in the world - Albania, Canada, Croatia, the Czech Republic, Israel, the Netherlands, Portugal and Spain, as well as in Colorado and California in the US.

North Macedonia’s government made the first concrete moves to decriminalise the use of cannabis by setting up a working group to draft legislative changes in that direction in May.

The group consists of institutions, associations and civil society organisations including representatives from the prime minister’s office and ministries of health, justice and interior ministry.

The mandate of the working group includes the regulation of decriminalisation and legalisation of possession and cultivation of cannabis for personal use, the establishment of the Cannabis Agency and increasing the number of health conditions for which cannabis would be used.