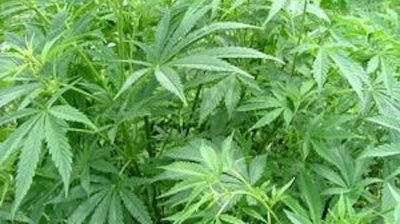 By Valentina Dimitrievska in Skopje July 20, 2021

Skopje legalised the use of medical cannabis in 2016 and is also looking to the example of Amsterdam to develop a ‘cannabis tourism’ industry. In November 2020, Zaev said that he supports the decriminalisation and legalisation of cannabis consumption, saying that this will help the tourism and hospitality industry in the country.

In the latest development, North Macedonia’s government has endorsed a draft law on the control of narcotic drugs and psychotropic substances, which regulates the export of dried cannabis flowers in line with EU rules, it said on July 19. Previously, while the use of medical cannabis had been legalised, the law did not allow exports of cannabis flowers.

Export of dried cannabis flowers will take place in accordance with international conventions and European legislation.

The draft law also envisages the establishment of the Agency for control of cultivation and extraction of cannabis and cannabis products for medical and scientific purposes, the government said. According to Zaev, the goal of the agency is to protect investors in this sector and the state interests, and not to allow cannabis products to end up on the black market.

Another important novelty in the draft law is the obligation of licensed companies engaged in cultivation of cannabis for medical purposes to pay 10% of their net profit to a special fund in the state budget.

The funds will be used for projects of public interest, such to support people with rare diseases, the media fund, the work of the planned agency, as well as sports, culture and civil society activities.

Unlike in most EU countries, production in North Macedonia has not been carried out by a state monopoly, which has resulted in a high level of interest in the country as a potential production base for numerous companies, both local and international.

In June, medical cannabis producer NYSK Holdings became the first company in North Macedonia to receive a license to export dried cannabis flowers, which was needed for the company to start exports to Poland.

By obtaining the license for exports to the EU market, NYSK Holdings became a leading company in North Macedonia for the production of this type of pharmaceutical products.

Earlier in July, Zaev met American football stars Lance Briggs, Turk McBride and Donnie Caldwell and the director of Serbian musical festival EXIT to discuss the possibility of opening a medical cannabis plant in the country.

“After analysing the investment opportunities in some other regions, the guests at the meeting stressed that the advantages of investing in the medical cannabis industry offered by North Macedonia make the country of special interest for this activity,” the government said in a statement on July 15.

BIRN reported on July 16 that Briggs, McBride and Caldwell backed by Kovacevic have already picked a location for growing medicinal marijuana in North Macedonia.