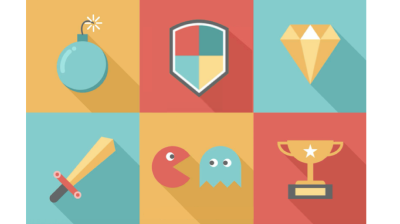 At the end of January Nexters – a Russian-founded gaming company which went public on the Nasdaq last summer by merging with a SPAC – announced a series of acquisition and investment deals. / wiki
By East West Digital News in Moscow February 7, 2022

At the end of January Nexters – a Russian-founded gaming company which went public on the Nasdaq last summer by merging with a SPAC – announced a series of acquisition and investment deals, reports East-West Digital News (EWDN).

With a total upfront investment of around $100mn, Nexters will take control of three game studios:

These deals aim to “amplify Nexters’ position in midcore” while “enlarging its player base and significantly cement[ing] its presence in the segment.” Nexters will also provide its new properties with the financial means and the expertise required to “propel their future growth on the international markets.”

Midcore is the leading segment of mobile gaming. In Q3 2021, according to AppAnnie data cited by Nexters, this segment accounted for almost 50% of the time and 60% of the money spent in mobile gaming.

The mobile shooter market – in which Nexters will establish its first foothold with the acquisition of Cubic Games – is estimated at more than $3bn in 2021. This market was number one in players’ time spent in September of that year, according to AppAnnie.

Nexters believes that “due to the synergies and the contribution of Nexters expertise”, the acquired studios “have the potential to increase their historical bookings by more than three times, which would result in around $130mn added to the group’s annual bookings in 2024.”

“There are hundreds of gaming studios with origins from Russia, Ukraine, Belarus and other parts of Eastern Europe. This region has always been famous for its talent, passion and capability to influence the global gaming industry. We have a lot in common and we all create great games, played and adored by millions of people all over the world.” – Andrey Fadeev, CEO and co-founder of Nexters.

The three transactions are expected to be completed in Q1 2022. They will be financed by a mix of Nexters’ cash on balance and a new share issuance.

Meanwhile Rostelecom, Russia’s largest provider of digital services and solutions, is in discussions to acquire 51% of GFN.RU, a major cloud gaming platform. The deal could be in the range of RUB1.5bn (around $20mn) on the deal, according to an industry expert interviewed by Kommersant  GFN.RU’s current owner, SFI (formerly Safmar Financial Investments), will retain a 25% stake, while company founder Pavel Troitsky will own 24%.