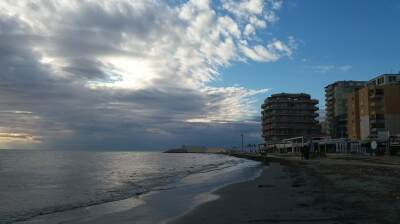 Albanian Interior Minister Bledi Cuci has promised to overhaul the police force after two violent incidents over the use of public beaches.

Beachside hotels see renting out sun loungers to tourists as an important source of additional income, which is urgently needed after the poor 2020 summer season.

Four people were killed and two others injured when a fight broke out between rival hoteliers at Velipoja near the northern city of Skhoder in the early hours of June 27, a police report said.

The fight involved members of the Gocaj and Ferracaku families, who own rival seaside hotels, and broke out after a dispute over the areas of beach they had rented from the government, local media reported, quoting Shkoder police chief Niko Brahimaj.

A police statement said that two people currently in hospital in Tirana are suspected of committing the murders, while several others are wanted by the police. Two pistols were seized – one at the scene of the murders and the other found during a search of the Gocaj family hotel.

Just over 24 hours afterwards, 60 sun loungers were torched on a beach in Dhërmi, southern Albania. Again, police said the incident was caused by a disagreement over use of the beach, with the fire most likely having been started by people who had failed to secure permits, local media reported. The chairs reportedly belonged to a 55-year-old businessperson who had recently received a permit to use the beach.

The tourism season is getting underway in Albania, where coronavirus (COVID-19) restrictions have been lifted after the number of new cases dwindled. As international tourists – currently mainly from Albania’s neighbours such as Kosovo and North Macedonia – start to arrive in larger numbers for beach holidays, competition is growing for use of prime spots on the Adriatic coast.

Following the shootout at Velipoja and a deadly road accident, also ending four lives, Interior Minister Bledi Cuci said the government is preparing for a new phase of reform of the State Police.

“Within this week, a profound change will begin with the headlines of the state police structures at the county level, which will extend step by step at capillary level in every police station in the territory of the Republic of Albania,” Cuci wrote in a Facebook post.

However, he denied that police failures were responsible for the deaths, referencing instead the “scandalous” management of Albanian beaches in the past. He added that transparent rules for beach use have now been set, and that the police’s only role is to enforce them.

The opposition Democratic Party accused Rama’s government of “washing its hands” of the “capitulation of order and security in the country”, and blamed the ruling Socialist Party for the bloodshed. “The model they have built over the years is that of the criminalisation of institutions and politics to seize and retain power at all costs,” the statement said.

Meanwhile, Shkoder mayor Voltana Ademi criticised the tourism ministry and National Coast Agency, saying the “loss of four human lives could and would have been avoided” had the two institutions “acted according to terms and legal designations for beach stations”.

“The very serious event of midnight in Velipoja should be a strong alarm for state structures … Armed conflict in the middle of Velipoja, a tourist area and in the middle of the season, could and should have been prevented, if police and other law enforcement agencies had been present,” Ademi wrote in a Facebook post.

“Today is a day of pain and anxiety, not only for families involved in the tragic event, but for all Albanians, inside [the country] and abroad,” she added.

Tourism is an important part of Albania’s economy, and was badly hit by the coronacrisis. The lack of international tourists in 2020 contributed to the fall in the country’s GDP last year, and Tirana is pinning its hopes of a recovery this year on a better tourist season.