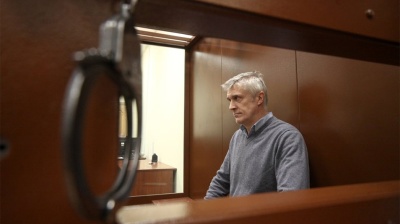 The Moscow municipal court denied bail to US citizen Michael Calvey, ruling at a hearing on October 29 that he must remain under house arrest before a trial where he faces charges of embezzlement and fraud.

Calvey and five other top executives of Russia’s leading private equity firm Baring Vostok were arrested on St Valentine’s day this year on charges they claim were manufactured by their former fellow investor into the Orient Express Bank (OEB, aka Vostochniy bank), with whom they fell into dispute.

The case has rocked the Moscow-based investment community where Calvey was well known and highly regarded as one of the best in the business.

Baring Vostok said in a statement: “The Mosgorsud decision to uphold the extension of house arrest for Michael Calvey and Philippe Delpal, is unfounded. The courts continue to ignore evidence of our colleagues’ innocence and the absence of a crime as such: Vostochniy Bank received high-quality assets that were complementary to its business at a market price. This was confirmed by an expert valuation of the shares commissioned by the investigator, as well as by a binding offer from the market to purchase the shares.”

The hearing is the first in a series that will run to about November 6, when the other members of the team arrested in February will be reviewed. While Calvey and Delpal were both released to house arrest, there are another three Russian nationals that remain in pre-trial detention.

The stakes are high at their hearings in the coming days as if the judge doesn't agree to release them to house arrest they face spending at least another year in jail until the pre-trial investigation is concluded, before the trial itself can commence.

“Even more outrageous is the fact that our colleagues Ivan Zyuzin, Vagan Abgaryan and Maxim Vladimirov remain in detention centres, while Michael and Philippe have been placed under house arrest. It is deeply surprising to see the courts adopt different forms of pre-trial detention against defendants in the same case, leaving the three Russian citizens in jail as though they were hostages,” Baring Vostok said in its statement.

“If their form of pre-trial detention remains unchanged, Ivan, Vagan and Maxim could remain in prison during the entire period of the trial, which could drag on for years. The corporate raiders who are behind this case have shown they will stop at nothing to further their commercial interest, even when the result is innocent people spending nearly nine months in jail without the right to communicate with their relatives, including their own small children,” Baring added.