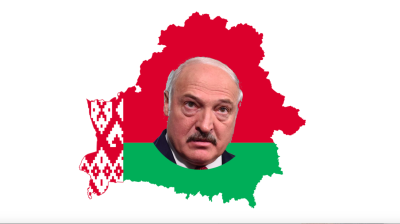 Alexander Lukashenko went on TV on August 15 to announce that he would ask Russian President Vladimir Putin to help Belarus “restore order” as the protests “threaten the whole former Soviet space”, setting off a storm of speculation that the Kremlin may invade and annex Belarus. Is that really on the cards?

Video emerged on social media the same day showing Russian army trucks lining up at the Belarus-Russian border, adding weight to the speculation.

The head of RT Margarita Simonyan poured more oil on the fire with a tweet that said Russia should use “polite people”, the Russian euphemism for the “little green men”, or Russian soldiers with no insignia that were used to annex Crimea, to “restore order” in Belarus.

The story fits with the narrative that has dogged Russia since the 2014 annexation of the Crimea of military incursions, election interference and a desire to recreate the USSR. Many of the well-known voices leapt on the story and fanned the flames, warning of an imminent invasion.

Few of the Russia specialists believe that Putin will choose a military option as it would be too costly in multiple ways.

“Although contingency plans are no doubt being worked on within the General Staff – that is their job, after all – a military option is almost certainly off the table,” Mark Galeotti, director of the consultancy Mayak Intelligence and an honorary professor at UCL School of Slavonic & East European Studies, said in his Stolypin column for bne IntelliNews.

“This is not Ukraine in 2014: the Belarusian KGB and military are less infiltrated by Russian agents than their Ukrainian counterparts then, the chain of command is not in crisis, and there is no reason to believe that all or most of its soldiers would fight,” Galeotti added.

And the facts don't fit the theory. So far the whole Russian intervention story is based on Lukashenko’s own comments, but the Kremlin has said little to suggest it is revving up to take over its little brother to the west.

The Kremlin read-out from the call, posted on the Kremlin’s website, was a lot more circumspect. Then the Russian foreign ministry later seemed to undermine Lukashenko’s insinuation that Russia was willing to send forces to Minsk to help quell the protests.

“Belta updated its report to say Russia would provide military support to Belarus on request "in case of an external military threat.” Quite a clarification from the Belarus state news agency. This kind of support, if Polish or Dutch tanks are headed to Minsk, was always there,” tweeted Scott Rose, a reporter for Bloomberg.

Belarus is part of a collective security agreement with Russia, which is obliged to come to Minsk’s aid if it is attacked by someone else. That has always been true, but the guarantee does not extend to internal civil opposition to the regime.

Indeed, the Russian foreign ministry has been scrupulously even-handed in dealing with Belarus. Last week it issued a statement highlighting the “brotherly relations” between the Russian people and the Belarusian people that was taken as a slight to Lukashenko.

The Russian press has also been reporting the story in depth, but they have been doing it completely straight, and if anything better than the western press, replete with calls for Lukashenko to leave and highlighting his complete lack of any mandate from the people whatsoever. If Russia annexed Belarus it would not only look bad to the international community but it would look bad to its own people as well.

Many commentators have called the current crisis Belarus’ “Maidan moment”.  But the situation in the Crimea in 2014 was entirely different to that in Belarus today. The Crimea was largely populated by Russian-speaking Ukrainians, up to half of which also held Russian passports, according to reports at the time. Given a free and open vote in Crimea it was likely that the locals would have voted to secede. Even if this were not the case, there was a large local population that supported Russia’s decision to annex the Crimea.

That is not the case in Belarus where the population is almost entirely united in its opposition to Lukashenko. Moreover, one of the things to emerge from the protest is a renewed sense of Belarusian national identity, as symbolised by the wide spread use of the red and white pre-Soviet flag as a symbol for the protest movement.

While the Crimea was relatively simply for Putin to “divide and conquer”, in Belarus' case Russia would have to launch a full-on invasion and occupation of the country if it wanted to annex it.

Politically costly, it would effectively create a new Ukrainian situation and the population, which until now remains largely pro-Russian, would immediately turn on the Kremlin in order to protect its new found sovereignty.

Moreover, there is probably no need to take the country over by force. The speculation that Putin may invade is based on the assumption that he wants to create a new “Union state” that has been agreed with Lukashenko and subsume Belarus into Russia.

The Kremlin's overreaching geopolitical goal is to simply maintain Belarus as a buffer between it and the west.

Russia’s big military problem, as adequately demonstrated by the invasions by both Hitler and Napoleon, is it has no natural geographic defences between it and the rest of Europe. Invaders simply walk in.

This lack of defences is what motivated Stalin to take over the Central European countries following WWII and also for Putin to destabilise the Ukraine to ensure it will never join Nato. It is also why the Nato expansion, right up to Russia’s western borders, is so unsettling for the Kremlin.

One of the remarkable aspects of the Belarusian revolution is that it is completely devoid of geopolitics. There is no call to join the EU or Nato, or even to “move closer to Europe”. There is no talk of values. Belarus doesn't have an International Monetary Fund (IMF) deal nor does it enjoy particularly close relations with the US. US Secretary of State Michael Pompeo was in Minsk in February – the first time a secretary of state has visited the country in 20 years –  and Washington was about to appoint a new ambassador this summer after the embassy has stood empty for more than a decade.

On the flip side Belarus sources most of the funding to deal with its economic crises from Russia. It is already a core member of the Eurasia Economic Union (EEU), an organisation that Ukraine refused to join. And there already several very large Russian businesses and banks invested into Belarus. The two economies are joined at the hip.

Tikhanovskaya has said explicitly that the opposition want “good relations” with Russia. As the Belarusian economy is so deeply integrated with Russia, taking a third of its exports and receiving half its imports from Russia, Moscow already has huge leverage over Minsk. And that is before you consider the oil, gas and energy dependencies of Belarus on Russia.

The protestors have fought so hard to oust Lukashenko that if Putin were to intercede to keep him in office then that public ire would immediately be turned on Russia. Likewise, given one of the planks of the opposition movement is to maintain Belarusian sovereignty, forcing a union state would also immediate be met with similar determined opposition by the protestors. And a union state is not necessary to keep Belarus as a buffer state.

The invasion commentary is largely an alarmist reaction and based in the demonisation of Putin narrative. In 2014 and 2015, at the height of the Ukrainian crisis, there were some 60 reports of Russia massing its troops on the Ukraine-Russia border and of imminent invasion. It never happened.

Commentators overestimate Putin’s power. Given any active intervention into the current protests and efforts to oust Lukashenko would quickly turn into a new Ukraine for the Kremlin, its most likely course of action is to “do nothing”.

The Kremlin is actually fairly helpless to influence events on-the-ground and as the protests are entirely leaderless. There is no established opposition movement in the country so there are no alternative candidates for the Kremlin to back. It will almost certainly be forced to deal with the protest opposition leaders if Lukashenko is replaced and this opposition is probably acceptable to the Kremlin.

The most likely victor in new elections is jailed ex-banker and leading opposition candidate Viktor Babariko, who worked for Belgazprombank, the financial arm of the Russian state-owned gas giant Gazprom, for 20 years and is well known in Moscow. He is not anti-Russian at all. He is not pro-Russia either. He is simply pro-Belarus. This is a man that Moscow can work with.

Putin may be powerless to affect the course of the protests, but when they are over and a new leadership is in place, that is an entirely different game and Moscow holds all the cards.

Russia has a lot of lose if it annexes Belarus as however it does it the chances of setting the Belarusian people against it are high. But given the already deep ties – economically, politically, culturally and historically – it will be pretty difficult to lose in the post-Lukashenko negotiations.