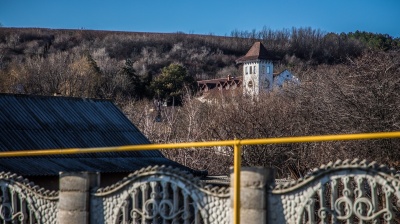 Moldova’s Commission for Emergency Situations met on January 12 to explore last-minute solutions to avert an imminent gas crisis caused by the gas company’s lack of resources to pay the gas bill due January 20.

The Moldovan gas importer Moldovagaz lacks the €25mn needed to pay the January gas bill to its parent company Gazprom, representing the advance payment for the consumption in January, as announced by Deputy Prime Minister Andrei Spinu earlier this week.

A similar deadlock was settled in November by a special transfer from the government budget (which is unlikely to be repeated in January). Gazprom warned at that time that it would cut deliveries unless the bill was paid within 48 hours.

None of the steps outlined by the commission so far can help Moldovagaz avoid defaulting on the monthly bill that Gazprom expects to be paid on January 20.

“There is indeed a risk that natural gas supplies will be cut off, and Moldovagaz, together with the government, is working to prevent such a development. At the beginning of next week, a meeting of the supervisory board of the company [Moldovagaz] will take place, which will consider the issue of current payments for the supply of natural gas and make the necessary decisions. Moldovagaz came up with a set of proposals, including VAT refunds and other financial instruments. The comprehensive adoption of these measures will significantly simplify the resolution of the situation that has arisen,” the company said.

Among the decisions identified by the Commission for Emergency Situations, the state institutions will be instructed by the government to reduce natural gas and electricity consumption as much as possible.

The government may also defer the VAT payment due by Moldovagaz to the state budget.

Moldovagaz will seek bank loans to pay the gas bill, the commission suggested. But shortly after the meeting, Moldovagaz announced that such attempts have failed mainly because of its indebtedness and lack of cash flow.

The commission also suggested Moldovagaz should seek a grace period for the bill. Although unlikely and involving political costs, such a grace period would only defer the problem without addressing the main cause: the accumulation of financial deviations on the account of Moldovagaz due to the low end-user price compared to the import price.

Moldovagaz estimates that the end-user price should rise by 30% in line with the January import price of $646 per 1,000 cubic metres.

The only way out of the deadlock that would not generate political complications would be for the government to pay a massive subsidy to end-users in parallel with setting end-user prices in line with the import prices. But this is technically impossible at this time due to the urgency of the situation.

Notably, the market regulator ANRE did not attend the Emergency Commission meeting.