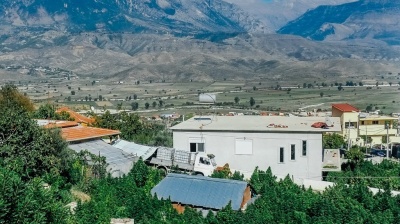 Local MP Tritan Shehu reacted angrily after the US embassy in Tirana issued a specific travel warning for the town of Lazarat, saying the situation there is “volatile” due to marijuana cultivation.

Lazarat, in southern Albania around 30km from the Greek border, was once known as Europe’s ‘marijuana mountain’, and was at the centre of Albania’s lucrative drug cultivation business until a crackdown in 2014. Before that, up to 90% of the small town’s residents were believed to be involved in the drugs business, and it was estimated to produce marijuana with a total value of around €4.5bn a year.

As Albania aimed to secure EU candidate status in 2014, police launched a large-scale attack at Lazarat, involving around 800 police and resulting in several arrests and the destruction of more than €30m worth of drugs.

In the following years, Albania’s Prime Minister Edi Rama claimed the authorities had wiped out all large-scale plantations in the country. However, Tirana’s success in the war against drugs has been questioned by some international observers.

“The security situation in Lazarat remains volatile due to crime and violence associated with marijuana cultivation. Local police have limited ability to protect and assist travel[l]ers,” the statement added.

“The US government is unable to provide emergency services to US citizens in Lazarat as US government employees are prohibited from travel[l]ing there.”

Shehu, a former health minister who is the opposition Democratic Party MP for the Gjirokastra region, wrote on Facebook that he was “deeply astonished” by the warning.

“I am speechless about this publication, which I hope was a spoof or even provocative hacking,” he wrote.

“As a representative of that noble, hardworking and honest community, and of the entire District of Gjirokastra, I want to guarantee the extremely normal situation, with no involvement in crime, of that village where no one can find even a cannabis root.

“I do this by inviting everyone who wants to go together, visit, talk to residents there and why not get a coffee,” he added.

Shehu also appeared to blame the current government for the US travel warning, claiming it stemmed from “malicious informations” from the government which had a “pathological hatred” of the “Democrat spirit of Lazaratians”.