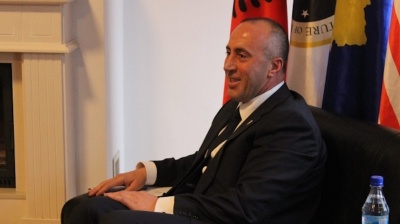 Over €500,000 of public money was spent solely on extravagant meals by Kosovo's outgoing Prime Minister Ramush Haradinaj during the less than two years he spent in office, local media reported on December 5, citing documents provided by his cabinet.

Haradinaj assumed office in September 2017 and resigned in July 2019, after he was summoned to appear at the Hague court which is investigating alleged violations by Kosovo Liberation Army (KLA) during and after the independence war with Serbia in 1998-99.

The lavish spending habits of high officials in the outgoing government have been in the spotlight in recent days after copies of numerous invoices paid by the Office of the Prime Minister for exorbitant expenses appeared in the media, Prishtina Insight reported.

Haradinaj has denied the allegations, saying he did not spend one cent of public money on lunch for himself.

However, Koha Ditore wrote in November that the statement of expenditures that the Office of the Prime Minister presented to the newspaper showed €672,223 was spent on lunches by Haradinaj, his staff, as well as by the five deputy prime ministers with their cabinet members and national coordinators.

Also a document showed €500,000 worth of spending on lunches for Haradinaj, which according to Koha is around €1,000 each business day.

According to other reports, in Haradinaj’s first six months in power, the prime minister’s office spent €800 of public money on champagne, more than twice the average monthly salary in the private sector in Kosovo, which stood at €361 in 2018.

Haradinaj is expected to be replaced by Albin Kurti, leader of Vetevendosje movement which won October 6 snap general election, as Kosovo’s prime minister in the near future.