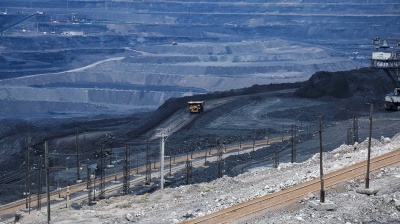 Business as usual at the Bogatyr coal mine near Ekibastuz. / Samruk Energy
By Eurasianet June 23, 2021

The Paris Agreement requires its 196 signatories to limit global warming to less than 2 degrees Celsius by reducing their emissions of greenhouse gases. For its part, Kazakhstan – the world’s 10th-largest source of such planet-warming gases per capita – pledged to reduce emissions by at least 15% by 2030 compared to 1990.

That's not going to happen, says a forthcoming paper in Environmental Science and Policy that examines nine mid-size economies struggling to meet their targets.

Instead, current 2030 projections in Kazakhstan are close to a “business as usual” scenario with few effective mitigation policies in place, report Takeshi Kuramochi of Utrecht University and his co-authors. 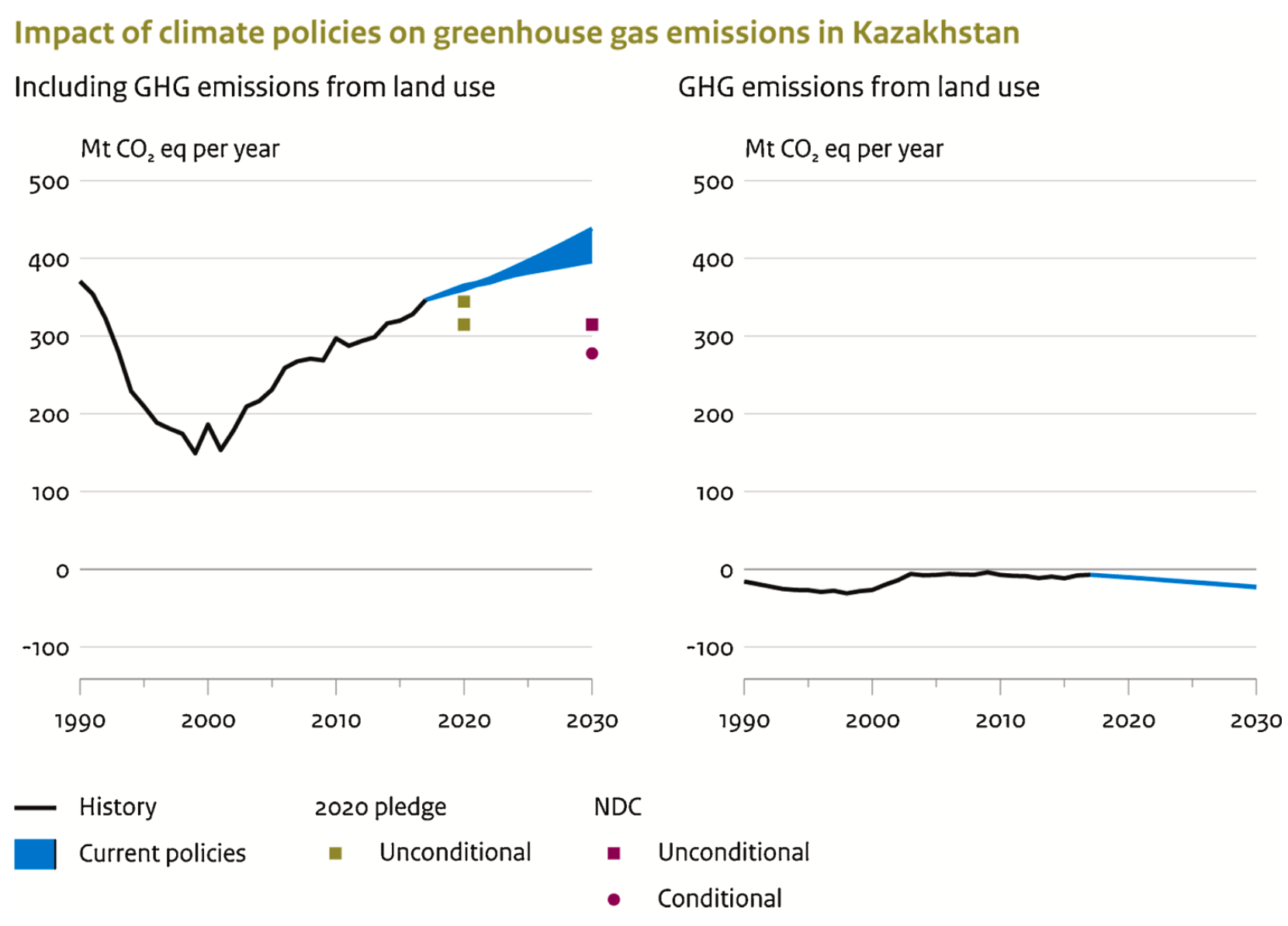 In the 1990s, greenhouse-gas (GHG) emissions nosedived throughout the former Soviet Union as economic depression followed the collapse of Moscow’s rule. But in the 2000s and 2010s, Kazakhstan’s economy boomed, bringing emissions back up to where they were at the twilight of the Soviet system.

Kazakhstan wandered off track before COVID struck, Kuramochi and his colleagues find, so the pandemic-induced economic contraction cannot be blamed.

The problem instead is Kazakhstan’s carbon-heavy energy industry, which features a high rate of “fugitive emissions.” These leaks during oil and gas extraction, or from ageing and shoddy pipes, account for about 15% of the country’s total GHG emissions.

A missed opportunity is Kazakhstan’s nationwide emissions trading scheme, the authors say: “Even though the scheme was launched back in 2013, it is not fully functional yet to deliver tangible emissions reductions.”

That is a reminder that Nur-Sultan often prioritises gestures over substance.

Just last week state media reported on another government meeting to discuss green energy. Yet after hundreds of millions of dollars pledged and studies proving the potential of wind and solar, these sustainable sources provide only a tiny fraction of Kazakhstan’s energy output.

Meanwhile, illustrations abound of policies that undermine Kazakhstan’s green assurances. The country’s largest coal mine, for example, is getting a $215mn upgrade to expand production.

This month alone, Eurasianet has reported that building standards are not keeping up with climate goals; new houses burn more coal than old. And a car recycling tax that appears to be enriching the strongman’s family is encouraging people to drive older, dirtier vehicles.