Kazakhstan new home to 50 international firms that opted for Russia exit, 50 more could be on the way 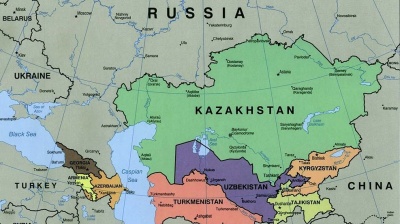 More than 50 international firms have relocated from Russia to Kazakhstan since Moscow invaded Ukraine in late February, while another 56 that have exited Russia in recent months have "expressed their willingness to settle in Kazakhstan".

That’s the picture provided by Kazakh Prime Minister Alikhan Smaiylov, who this week brief reporters on the issue. The update on the substantial business relocation amid the economic backlash against Moscow for its war in Ukraine comes amid a substantial relocation of Russian men, sometimes accompanied by families, to Kazakhstan in response to Vladimir Putin’s military mobilisation to secure more troops for the war. In the weeks after the mobilisation began in September, Kazakh officials spoke of around 200,000 Russians fleeing to Kazakhstan to avoid the call-up.

How many have stayed and how many have moved on to third countries is unclear. Djoomart Otorbaev, a former prime minister of Kyrgyzstan, and author of the forthcoming "Central Asia’s Economic Rebirth in the Shadow of the New Great Game", addressed this and other related issues in a Project Syndicate article published by The Korea Herald on October 20, writing: “Bishkek’s residents have been confronted with an unusual sight these past few weeks. The streets of Kyrgyzstan’s capital are teeming with tens of thousands of educated men with European features—Russian citizens fleeing President Vladimir Putin’s ‘partial mobilization’ of 300,000 reservists to fight his war against Ukraine.”

"This will significantly help the economy of our country. Discuss this with the government and the companies," Tokayev told Almaty city officials.

Kazakhstan’s deputy foreign minister Roman Vasilenko told German newspaper Die Welt in March that companies exiting Russia due to consequences of the war in Ukraine were welcome to move production to Kazakhstan.

“We’re witnessing a global struggle for investment capital. One out of two of the nearly 1,400 major foreign companies have suspended operations or left the Russian market entirely,” he said at a government session.

“The government should create favourable conditions for their relocation to Kazakhstan. This will give us a good opportunity to increase production,” he added.

The latest figures on firms migrating to Kazakhstan appear to be in line with the country’s earlier announced intentions.

Tens of thousands of the Russians who fled Putin;s mobilisation may have moved on from Kazakhstan to fellow Central Asian states Uzbekistan and Kyrgyzstan. Among those choosing self-exile, are many skilled information technology workers whom officials in all three countries regard as “prize catches” as they seek to build up local IT industries.