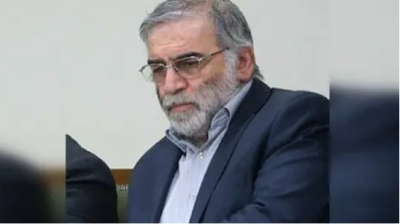 The assassination of Iran’s top nuclear scientist Mohsen Fakhrizadeh on November 27 has been described by the top military adviser to the country’s supreme leader as a provocation by Israel designed to push Iran into war during the dying days of US President Donald Trump’s administration.

Following the ambushing of Fakhrizadeh’s car by gunmen, Hossein Dehghan responded: “In the last days of the political life of their gambling ally, the Zionists seek to intensify and increase the pressure on Iran to wage a full-fledged war. The night is long. We will descend like lightning on the killers of this oppressed martyr.”

Trump retweeted a posting from Israeli journalist Yossi Melman, an expert on the Israeli Mossad intelligence service, about the asssassination. Melman’s tweet called the killing a “major psychological and professional blow for Iran”.

This year began with Trump authorising the assassination-by-drone at Baghdad airport of Qasem Soleimani, the major-general who was the de facto head of Iran’s armed forces and second most important official in the Islamic Republic behind Supreme Leader Ayatollah Ali Khamenei. Many top Iranian officials swore Iran would properly revenge the death of Soleimani, but the response has remained relatively restrained with officials switching to the line that Tehran would bide its time.

Many Iranian officials believe that Trump, working with Israel and Saudi Arabia, is determined to weaken or antagonise Iran before he hands over the American presidency to Joe Biden on January 20. Biden is set to pursue a diplomatic path in his effort to place sufficient curbs on Iran’s nuclear development programme and support for militias in various Middle East conflicts. Whereas Trump has attempted to use crushing sanctions to force Tehran to the table, Biden has suggested that he will remove sanctions and take Washington back into the nuclear deal between Iran and major powers, provided the Iranians return to full compliance with the accord. The Israelis and the Saudis—whom some analysts say are just as concerned by Iran’s potential to achieve economic pre-eminence in the Gulf as they are by its potential to eventually build a nuclear weapon—are fiercely opposed to Biden’s strategy and a geopolitical game may be under way to shift the pieces on the chess board in the final eight weeks of Trump’s presidency.

"It's not unlikely that this targeted killing was part of efforts to prevent the Biden administration from reviving diplomacy with Flag of Iran and going back to the nuclear agreement," Carl Bildt, Sweden's former prime minister, wrote on Twitter.

Fakhrizadeh, born in the city of Qom in 1958 by some accounts, was ambushed in the town of Absard in Damavand county, about 40 miles east of Tehran. Four assailants opened fire with machine guns on the Nissan sedan in which he was travelling after witnesses heard an explosion, according to local reports. Efforts to resuscitate him reportedly failed, while his bodyguard was wounded. Fars news agency reported that the assailants were killed in an exchange after the ambush.

Iran has always insisted that its nuclear programme is entirely peaceful, but in 2015, the New York Times compared Fakhrizadeh to J. Robert Oppenheimer, the physicist who directed the Manhattan Project that during World War II produced the first atomic weapons. In May 2018, around the time that Trump unilaterally pulled the US out of the multilateral nuclear deal, Israeli Prime Minister Benjamin Netanyahu specifically mentioned Fakhrizadeh. "Remember that name," Netanyahu told an audience as he identified Fakhrizedeh as the head scientist in Iran’s nuclear programme.

Between 2010 and 2012, four Iranian nuclear scientists were assassinated and Iran has always accused Israel of complicity in the killings. Security and secrecy around Fakhrizadeh was stepped up following those assassinations.

"If Iran ever chose to weaponise [enrichment of uranium], Fakhrizadeh would be known as the father of the Iranian bomb," one Western diplomat told Reuters news agency in 2014.

Fakhrizadeh was head of the Institute of Applied Physics, where Iran’s secret nuclear research is conducted, in the elite Islamic Revolutionary Guard Corps (IRGC). A brigadier general in the IRGC and a professor of physics at Imam Hussein University, he took charge of the predecessor to the institute in 1988. He had never been interviewed by a member of the UN’s International Atomic Energy Agency (IAEA) nuclear watchdog —which with permission from Tehran still conducts regular checks on the Iranian nuclear programme—but was named in one of its reports.

The commander of the IRGC, Major General Hossein Salami, said that Iran would revenge the killing of the scientist. "Assassination of nuclear scientists is the most obvious violation of the global hegemony to prevent our access to modern sciences," he said.

The IAEA has said that Iran’s AMAD Plan, the alleged covert programme established in 1989 to research potential for building a nuclear bomb, was shut down in 2003. Israel has claimed that it has continued.

Frustrated that it is gaining very little by staying in the nuclear deal—otherwise known as the Joint Comprehensive Plan of Action, or JCPOA, and still backed by signatories the UK, France, Germany, China and Russia—because Europe has offered Iran’s economy next to no protection from Trump’s sanctions, Iran has been gradually stepping up its non-compliance with its provisions.

Last month, the IAEA documented several new breaches of the JCPOA. Earlier this week, Iran said it had begun injecting uranium hexafluoride gas into advanced centrifuges at its Natanz facility. Iran has also been stockpiling increasing amounts of enriched uranium and enriching it to higher and higher degrees. However, its enrichment process is still a long way from producing weapons-grade uranium, according to UN inspectors.

Following news of the death of Fakhrizadeh, spokesman for the Iranian parliament’s National Security and Foreign Policy Commission Abolfazi Amouei said that the assassination would not set back Iran’s nuclear programme, tweeting: “Nuclear knowledge is indigenized and will be developed by national will in response to assassinations. #Retaliation is a RIGHT.”

OUTLOOK 2021 Romania
25 days ago
LONG READ: The oligarch problem
23 hours ago
OUTLOOK 2021 Armenia
2 days ago
One of Russia’s biggest wood product companies, Segezha could be Sistema’s next IPO
2 days ago
COVID-19 and Trump’s indifference helped human rights abusers in 2020
3 days ago