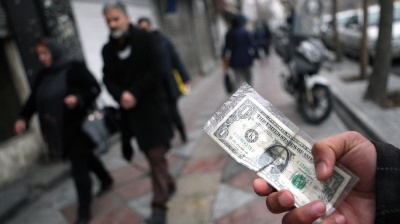 The Iranian rial (IRR) has continued its comeback against the dollar. It strengthened against all foreign currencies on December 11 and reached IRR105,000 versus the USD, according to several blacklisted free market currency websites. By the market close on December 12, it had more or less held that gain for a day, with one dollar costing IRR105,500.

The strengthening took the rial-dollar rate roughly back to its July 29 price.

The Central Bank of Iran (CBI) and police are running ongoing campaigns to force speculators out of the forex market. They have locked down Tehran’s Ferdowsi street, where currency trading traditionally takes place in the capital, against shady hawkers and streetside currency auctions, according to reports on the ground this week.

The rial has endured its worst year in a decade under the market pressure caused by the renewal of heavy US sanctions imposed against Tehran. It fell to as weak as IRR190,000 to the dollar in October, but fears that the latest bout of tough US sanctions, which took effect on November 5, would cause another sudden drop in the Iranian currency’s value proved unfounded.

That was partly because Washington, fearing pressure on world oil prices, opted against making an immediate push to reduce Iran's oil exports to zero. Eight countries have been granted 180-day waivers to continue importing Iranian crude.

The benchmark Imami gold sovereign is now selling at IRR36,300,000.