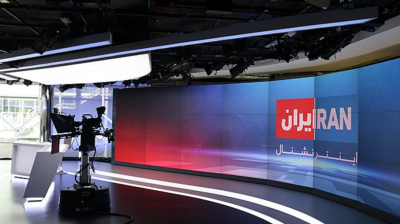 Iran on November 9 warned Saudi Arabia that there is no guarantee of Tehran continuing to show “strategic patience”, according to semi-official Iranian news agency Fars. The warning to Iran’s regional rival was served by the country’s intelligence minister Esmail Khatib.

"Until now, Iran has adopted strategic patience with firm rationality, but it cannot guarantee that it will not run out if hostilities continue," Fars quoted Esmail Khatib as saying. "If Iran decides to retaliate and punish, glass palaces will crumble and these countries will not experience stability anymore."

Throughout the eight weeks of anti-regime protests that have shaken Iran, Tehran has accused foreign enemies, including Saudi Arabia, Israel and the US, of fomenting the unrest.

Khatib on November 9 stepped up Tehran’s demonstrated hostility to Saudi media by announcing that Iran has designated London-based Iran International news channel as a “terrorist” organisation and that employees and those "related" to the outlet would be prosecuted.

Persian-language broadcaster Iran International is thought to have links to the Saudi Arabian government.

Speaking in an interview with the website of Iran's Supreme Leader Ayatollah Ali Khamenei, Khatib stated that any connection with Iran International would be viewed by the Iranian government as cooperation with terrorists and a threat to national security.

He also hit out at the UK for hosting three Persian-language TV channels, namely Iran International, Manoto TV and BBC Persian. He threatened that Britain "will pay for its actions to harm the security of Iran."

The three media outlets are all headquartered in London and are broadcast free-to-air by satellite.

Iranian judiciary officials have lately alleged that the trio have incited “riots” amid the unrest that has broken out in Iran.

Iran's intelligence ministry has previously named employees of Iran International as "enemies of the state", stating that those who "serve foreigners" and "betray the country" will be punished, Radio Farda noted.

On November 8, Iran International said in a statement that London's Metropolitan Police had informed the broadcaster of an imminent threat against two of its journalists and their families.

The protests in Iran started in mid-September after 22-year-old Mahsa Amini died in the custody of Tehran’s “morality” police, who arrested her for an alleged dress-code violation in relation to how she was wearing a hijab, or head scarf.

Rights groups say more than 300 people have lost their lives amid the security crackdown on the protests, while thousands have been arrested.

There are fears that the regime’s response to the unrest could become tougher. Iran's Army Ground Forces Commander Kiumars Heydari said on November 9 that "rioters" would have no place in the Islamic Republic if Khamenei gave the order for a tougher crackdown on the protests, the semi-official Mehr news agency reported.

Heydari was quoted as saying that "should he [Khamenei] decide to deal with them, rioters will no longer have a place in the country".

Also on November 9, shopkeepers went on strike in several Iranian cities to mark 40 days—the traditional Iranian end of a mourning period—since the "Bloody Friday" massacre in the southeastern city of Zahedan amid the unrest, RFE/RL reported. The massacre saw almost 100 people killed and hundreds injured. The Zahedan protesters took to the streets partly after word spread of the alleged rape of a 15-year-old girl by a local police commander.

The US has warned that Iran could be receiving advice from officials of Russia’s Putin regime on methods for dealing with street protests.

Russian state media reported that there was a November 9 meeting in Tehran between the secretaries of Russia and Iran's security councils. However, the discussions at the meeting between Russia’s Nikolai Patrushev and Iran’s Rear Admiral Ali Shamkhani were said to centred on the situation in Ukraine, security cooperation and measures to combat "Western interference" in Iran and Russia’s domestic affairs.

Iran has provided Russia with kamikaze drones that have been used in its war on Ukraine and there are fears that it may also deliver ballistic missiles to Moscow.