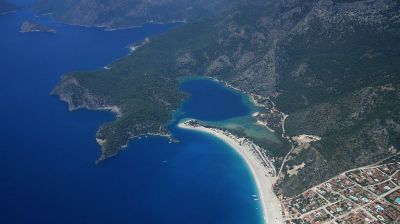 Turkey is yet to report a single confirmed coronavirus infection despite being a neighbour of Iran, a country of 82mn that is suffering one of the world’s worst outbreaks of the sometimes deadly illness.

Given the Erdogan administration’s somewhat dubious record in gathering and publishing uncontested statistics (its inflation and GDP data are, for instance, regularly doubted by distinguished analysts) holidaymakers looking at Turkey as a possible ‘coronavirus-free’ destination might do well to tread carefully.

To be fair, Turkish health minister Fahrettin Koca did warn on March 2 that there might already be individuals in the country with coronavirus, but no case has been officially logged thus far. The Turkish Medical Association, meanwhile, has said “Turkey could weather the disease without any human loss if the necessary measures are enforced” but transparency over “necessary measures” in many spheres is not exactly Ankara’s strong point.

Turkey, which like Iran is home to just over 80mn people, relies on its tourism industry as a big hard currency earner that helps ease its typically extensive current account deficit by selling holidays to foreigners. Given that Turkey also shares borders with Greece and Armenia, which are also among countries with declared coronavirus cases, potential foreign buyers of vacations in Turkey are increasingly asking “Is Turkey safe?”

Readers of the UK’s top-selling tabloid, The Sun, were on March 4 advised: “There are currently no travel restrictions to Turkey due to coronavirus, as the country is one of the few destinations to have no reported cases. However, the UK government has still issued new advice, stating: ‘There is an ongoing outbreak of coronavirus (COVID-19) in China, some other countries in the region and elsewhere. The Turkish authorities have introduced a number of precautionary measures. All international passengers are being screened with a thermal camera. Those displaying signs of a temperature will then be referred to a medical adviser.’”

New coronavirus restrictions were on March 4 introduced by the Turkish Ministry of Health. It said: "Passengers without Turkish residency permits will not be permitted to enter Turkey within 14 days of a visit to China, South Korea, Iran, Iraq or Italy."

Meanwhile, analysts are examining what the emergence of the coronavirus might mean for Turkey’s attempt to reboot its fragile economy in the wake of last year’s post-currency crisis recession.

Writing for Al-Monitor on March 3, economist Mustafa Sonmez said: “In sum, a continued global contraction under the impact of the coronavirus outbreak threatens to make it even harder for Turkey to galvanize its economy, which is heavily reliant on foreign funds and already prone to various domestic fragilities and foreign policy tensions.”

Sonmez noted that Turkey closed its border crossings with Iran on February 23. It was, he said, “a measure that will inevitably hamper bilateral trade, which has already declined to less than $6 billion [from $9.3 billion in 2018] due to the US sanctions on Iran”.

He added: “Although trade with Iran represents only 1.6% of Turkey’s foreign trade volume, which stood at $374 billion in 2019, the outbreak has emerged as a major threat to any effort to boost international exchanges. The tourism sector is the first in line at a time when the number of Iranians visiting Turkey was booming, reaching nearly 2 million per year.”

Iranian President Hassan Rouhani said on March 4 that the coronavirus has spread to nearly all of Iran's provinces.