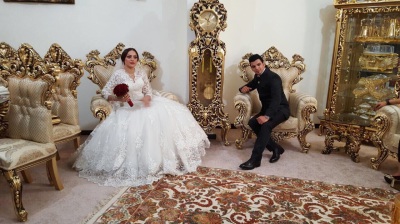 Iranians are not marrying in the numbers that they once did and the birth rate is dropping. / CC: Wisgoon
By bne IntelliNews September 16, 2016

Recent data from Iran’s Civil Registration Organisation show that in the first four months of the current Iranian year (started March 20) the number of marriages registered nationwide was 234,980, marking a 2.2% year-on-year (y/y) decrease from the 240,329 people who married in the same period the previous year.

The fall in the numbers marrying comes as part of a wider shift in Iranian urban society as couples either just live together, called locally as “White Marriages”, or Iranians stay single and live at home with their parents. This in turn is having a negative effect on the country’s demographics.

According to the Civil Registration Organisation report, 11.5mn men and women of marrying age are currently unmarried, the highest figure in over a decade, Salamatnews.ir, a local health website, reported.

Several different reasons explain the decline in the marriage rate, including obscene property prices, extravagant wedding costs (Iranian weddings on average cost in excess of ten years of the average salary) and divorce costs – if things were to go wrong, which is increasingly happening. The divorce rate grew 65% between 2006 and 2013, when 155,369 couples split.

Another issue affecting the marriage rate are the cultural practices that come with marrying in Iran, which include dowries consisting of hundreds of gold coins (1 Gold Imami Coin is worth IRR11.5mn, or $315), as well as the growth of expensive must-have wedding lists. The government has stepped in over recent years to try to limit requests from the bride’s family for several hundred gold coins upon marriage.

The report notes that in the Pakistani-bordering region of Sistan and Baluchistan, the poorest area in the country, marriage rates are significantly higher, bucking the trend of the more northern urban areas like Tehran, Shiraz and Isfahan.

“Many young individuals do have jobs and stable financial status and can afford a family, yet they refrain from marrying. However, in the deprived regions like the southern Sistan-Baluchistan Province people get married in spite of the social and economic issues,” said Mohammad Reza Rostami, deputy of youth affairs for Iran's Ministry of Sports and Youths Affairs.

This issue is even more prescient with the Iranian-based Afghan population – the number of Afghans in Iran now numbers well in excess of 3mn, according to the UNHCR in 2014, with hundreds of thousands more living in the country that are not picked up in any census report, as pointed out by Supreme Leader Ayatollah Khamenei recently.

In turn, these undocumeted non-Iranians have married into the poorer end of the local population, with many of these children also becoming unregistered, as only the paternal lineage is currently accepted to be classed as Iranian. The situation of undocumented half-Iranian children has become so acute that the government has begun a process of changing the law in favour of mixed children becoming full-fledged citizens. 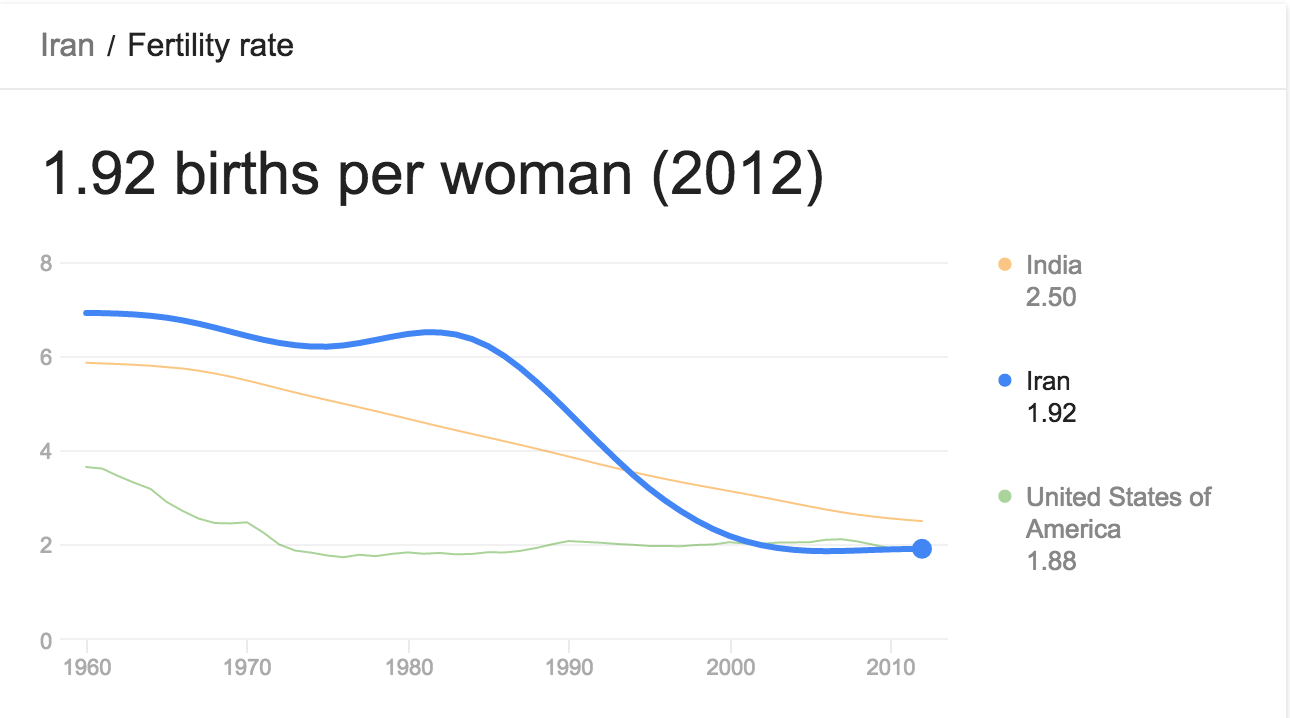 In 2014, Ayatollah Ali Khamenei ordered officials to take steps to encourge the country’s youth to marry and have more children, noting a shift in the demographics to a shrinking and ageing population.

In a 14-point declaration, Khamenei urged Rouhani administration officials to remove obstacles to getting married and encourage women to have larger families. But since then little has been done to promote this and no financial support offered as an inducement.

Iran’s birthrate reached a peak of 6.4 children per couple after the 1979 Islamic Revolution, which was among the world’s highest at the time. But by 1990 experts were estimating that Iran could be home to 140mn people if the rate was left unchecked, so to combat the rise Ayatollah Ali Khamenei endorsed birth control and the rate dropped rapidly to 1.6 in 2012, with the unofficial figure believed to be less than that in 2016.