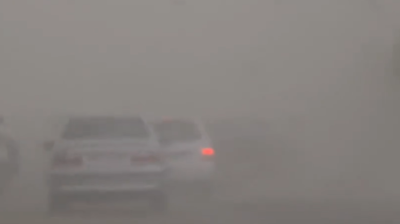 Iran pointed the finger at Saudi Arabia and Turkey at a conference in Tehran called to address issues such as the worst series of sand and dust storms (SDS) in more than a decade and related climate change.

Local press reports said that the head of Iran’s Department of the Environment, Ali Salajegheh, told conference delegates that Saudi Arabia was the "main origin of sand and dust particles", while also highlighting Turkey’s construction of dams, said to have dried out rivers and lakes in Iraq and Iran, meaning more sand and dust gathers during storms. Officials across the Middle East also recognise that climate change, bringing about a decrease in rainfall, has exacerbated regional difficulties with SDS, leading to less vegetation and more dust.

As recently noted by Al-Monitor, Iranian environmental officials have been warning for some time that Iran, a country of 85mn, cannot continue on its current path of water management. One famous environmentalist, Ali Shariat, has cautioned that Iran’s lack of ground water is more relevant than the nuclear negotiations currently taking place.

The Persian Gulf region has been hit by more than a dozen SDS in recent weeks, blocking out daylight across Iran, Saudi Arabia, Iraq, Syria and Kuwait. The storms have become so bad in Iran that big cities have had to close down for several days with schools, mosques and businesses forced to shut for health reasons and flights cancelled.

Salajegheh made his remarks in a conference hosted by his department, entitled "Environment, regional diplomacy, climate change management, water and dust particle control". Turkish officials were among foreign representatives sitting in the room as he spoke.

He reportedly said: "According to the maps we have prepared, 270mn hectares in Iran's neighbouring countries are the origin of sand and dust particles, one third of which, 90mn hectares, is located in Saudi Arabia, followed by 24mn hectares in Iraq and four million hectares in Syria."

Salajegheh added: "Inshallah, the necessary ground will be laid for international cooperation in this regard."

The official also linked Turkey’s damming of the Euphrates and Tigris rivers to desertification in Iraq. Ankara has rejected such claims.

In response to a question about Saudi Arabia's cooperation in dealing with fine particulate matter (PM2.5), namely tiny dust particles that pose a threat to health, reduce visibility and cause the air to appear hazy when levels are elevated, Salajegheh said consultations were under way with third countries to secure Saudi assistance in addressing the dilemma.

On May 16, Tehran Air Quality Control Company managing director Mohammad Mahdi Mirzaei Qomi said a review of SDS experienced since March 21 showed that the Turkish dam construction had turned both Iraq and Syria into “hubs” for the spreading of SDS particles across the Middle East.

“Although dust storms have been seen in the city of Tehran over the past recent years, their repetition and strength in the current Persian year are unprecedented looking back 12 years,” Qomi said, IFP reported.

Iran’s Fars News reported last month that Iranian Foreign Minister Hossein Amir-Abdollahian spoke on the phone with his counterparts from Syria, Kuwait and Iraq on the need to deal with the SDS blanketing parts of their countries. The foreign ministers said that officials from their environmental institutions, along with their foreign ministries, would travel to Iraq and Syria to collaborate. Officials were also said to have discussed the possibility of bringing Saudi Arabia into the crisis-solving group.