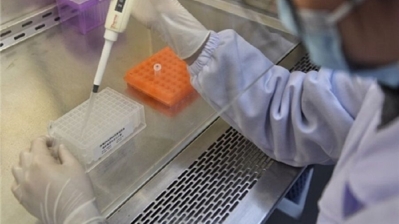 Iran has made a breakthrough in its testing of a locally formulated coronavirus (COVID-19) vaccine according to the country’s president, IRNA reported on August 12.

During a cabinet meeting, Hassan Rouhani thanked scientists in Iran for their work in pursuing a working vaccine that would be distributed at no cost to citizens once approved, but he did not detail the scope of the breakthrough.

His comments come following Russian President Vladimir Putin’s August 11 claim that Russia has developed the world’s first safe vaccine against the coronavirus, named Sputnik V, that it was ready to administer to Russians. The approval of the Russian vaccine after less than two months of human testing  before so-called “phase 3” testing has been greeted with criticism from some experts who described the approach as reckless and unethical, saying it risked exacerbating rather than helping manage the coronavirus pandemic.

Rouhani said: "In recent months, with the efforts made, good steps have been taken to produce drugs and vaccines for the coronavirus, and this path must continue with strength and speed until the final and definitive result is reached."

"We assure our dear people that the country's young researchers and specialists are working in knowledge-based companies with high motivation and round-the-clock efforts to produce drugs and vaccines for COVID-19, and the government is providing the necessary and full support for these efforts," he went on.

Also on August 12, Fars News Agency reported Iranian health minister Saeed Namaki as saying that as part of a “multilateral cooperation” scientists at the country’s Pasteur Institute of Iran and Razi Institute had sent three to four vaccines to the human trial stage.

Iran has not said anything about working in tandem with Russia to find a vaccine, but there have been recent claims of hacking attempts made by both countries on COVID-19 pharmaceutical labs in the UK and elsewhere. Companies such as US-based Gilead Science have suggested potential cooperation between the two countries has occurred.

Putin announced that Russia was officially registering its Gam-COVID-Vac vaccine, developed by the Gamaleya laboratory and set to be marketed in Russia and abroad under the Sputnik V brand.

The first company to produce the vaccine together with Gamaleya would be Binnopharm of the AFK Sistema investment conglomerate, with potential scaling up to other factories.

According to the Russian Direct Investment Fund (RDIF) that co-financed the development of the vaccine, it is to go into the final and third stage of trials, with the first vaccinations in the drive for mass immunisation possible in October.

On August 10, Iran said it had started distributing its generic version of Gilead Sciences remdesivir antiviral drug to aid its fight against COVID-19.

The Food and Drug Organization of Iran said last week that an “Iranian remdesivir” was sent to university hospitals and specialist clinics, IRNA reported, citing the organisation’s head, Mohammadreza Shanehsaz. There were no plans to sell the drug commercially for now, it said.

Iran’s ability to tackle its coronavirus outbreak, the worst in the Middle East, has been hindered by US sanctions.

According to Gilead’s website, reported Bloomberg, the company signed non-exclusive voluntary licensing agreements allowing generic makers in Egypt, Pakistan and India to manufacture and distribute remdesivir to 127 listed countries, many of them low-income nations. The licensees can set their own prices for the generic they produce, it said. Iran and most of its neighbours aren’t on the list.

Remdesivir is one of the first widely used drugs for Covid-19. It received emergency use authorisation from US regulators in May, after a large trial found it sped recovery by about four days in hospitalised patients.