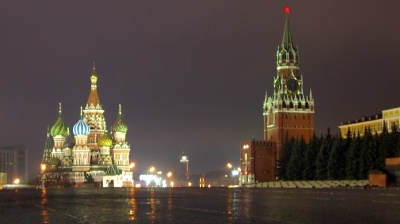 Mattias Westman, chief executive of Prosperity Capital Management, is convinced Russian equities will roar again and his firm can repeat the world-beating returns that it posted in the noughties.

Prosperity, the largest Russia-focused portfolio manager, is one of the few remaining players left standing. The 2008 financial crisis wiped out most Russia funds and the country’s subsequent low growth, current recession, and tumbling commodity prices and political isolation over Ukraine has almost led to their extinction.

Prosperity’s Quest fund was the best performer globally for the decade ending December 31, 2009, with a return of 3,300%, according to data from Morningstar. The past five years have been tough as performance nosedived and the firm’s assets under management tumbled from over $5bn to $2bn. Yet Westman, a mild-mannered Swede, is convinced the stellar returns will return.

“Why not?” Westman asks bne IntelliNews in his office overlooking London’s Cavendish Square, a swish area famed for its Georgian listed buildings. “They are the cheapest shares in the world and there is room for a rebound. There was a p/e (price/earnings) ratio of 10 before the crisis and now it’s four, and the companies are certainly better now than before while the market infrastructure is incomparably better.” 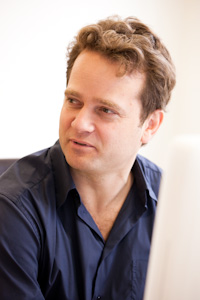 Russia’s benchmark Micex Index rose on November 23 to its highest level since 2008 amidst a thaw in relations with the West, progress over Ukraine and a stable ruble. The index has jumped 14% since the start of October.

Prosperity investors, which include the $820bn Norwegian sovereign wealth fund, have a longer investment horizon than mutual funds and high-net-worth individuals, and have been more patient waiting for the market to turn. The minimum investment required to invest with Prosperity is $1mn. “Russia is not that popular,” Westman says. “Another problem is that new regulations mean the break-even levels have become much higher. To break even now, you need over a quarter billion of dollars, so it’s doesn’t matter what your track record is.’’

Swedish funds have been the biggest investors in Russian shares over the past two decades. East Capital, a rival which focuses more on retail investors, manages about €2.1bn and has been busy diversifying away from Russia and the former Soviet Union into China and frontier markets in Africa, the Middle East and Latin America. “We are a different animal,” says Westman.

Prosperity was hit by 16% in client net redemptions last year, which have been partly offset by 10% inflows this year due to renewed interest from institutions.

Westman is heartened that more EU member states appear to be warming to the idea of dropping sanctions against Russia. “But it’s not so urgent,” he says. “If it’s now or in six months, it doesn’t matter much, but we are clearly moving in that direction and it’s accelerating after the terrorist attacks and politicians want to focus on what is important.”

Westman is dismissive of the Western media and cites the Economist and Wall Street Journal as the worst culprits for propagating myths about how sanctions and the drop in commodity prices have crippled Russia. Prosperity has also been critical of the newswire Bloomberg for spooking the market with reports that the Kremlin was considering bringing back capital controls.

Prosperity contends that the main misconception in the West regarding this conflict is that Russia is seeking to re-establish the old Soviet Union and it’s hoping to acquire as much territory as possible in Ukraine.

“Initially in this confrontation, there were a lot of people who weren’t good at economics who thought that under pressure the Russian economy would crumble and all Russians would turn on Putin,” says Westman. “It was beyond naivety. Now people are realising it was never going to work and they are having to adjust.”

Westman seems more guarded about the firm’s stock-picking than before, and less inclined to engage in discussion about egregious abuses of corporate governance.

Prosperity held both Sistema and Bashneft, and their underperformance last year weighed on the portfolio after Sistema boss Vladimir Evtushenkov was arrested and charged with money laundering in oil producer Bashneft’s stock purchase. Evtushenkov has since been cleared, while Prosperity dumped its Sistema stake.

Over the past year, the Prosperity team has acquired stakes in so-called “fallen angels” – businesses which became available at attractive prices on the back of the market’s steep decline. Real estate firm LSR Group, consumer lender Tinkoff Bank and electronics retailer M.Video were some of the bargains they have picked up.

The Russia fund has some exposure to Sberbank, the nation’s biggest lender, but it’s not a big part of its portfolio. “They have done a good job modernising the bank and making it more efficient,” Westman says. “Comparing the bank to when [Herman Gref] came in and now is like night and day.’’

Westman and his team thought about diversifying from Russia about ten years ago before deciding it was better to stick to what they know best.

“I still think the prospects now are very good,” he says. “The companies are getting better, we have a very good team and a good track record. Maybe it’s possible to swap into different markets and do something else, but it’s more for people who make macro bets. We are micro-oriented people and we like the companies. None of those other markets will ever be as big as Russia – not even close. If they want to leave the market to us, good luck to them.”

Turkey’s regime working overtime to ensure no lira ‘freak show’ ahead of elections
Ukraine spiralling towards default, according to Fitch
NPLs soaring in Ukraine

Belarus Corruption Watch: How one of Lukashenko’s 'wallets' evades sanctions
3 hours ago
Poland basks in the glory of being Kyiv’s chief ally in Europe
2 days ago
Russia forges ahead with gas ambitions in Uzbekistan, Kazakhstan
4 days ago
Mongolian government accused of rushing through veiled law that dismantles freedom of speech
5 days ago
Russia is preparing for spring mass mobilisation
5 days ago