INTERVIEW: How to sue the world's most powerful paramilitary organisation, the Wagner Group 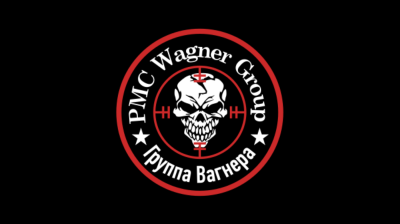 The Wagner Group, a paramilitary organisation renowned for its brutality, is the subject of legal action. / Haisollokopas
By Dominic Culverwell in Oxford November 11, 2022

War crimes and atrocities have plagued Ukraine’s citizens since the start of Russia’s full-scale invasion. Disturbing revelations about civilian massacres in Bucha and Izyum resulted in Russia’s suspension from the UN Human Rights Council and a tidal wave of sanctions, solidifying Russian President Vladimir Putin's reputation as one of the bloodiest dictators of the 21st century.

Outraged at Moscow’s virulent invasion, the British legal firm McCue Jury & Partners decided to launch a claim on behalf of Ukrainian refugees undergoing psychiatric care in the United Kingdom. Amongst the ranks of the Russian army, one group stands out in particular for its brutality: the Wagner Group, a paramilitary organisation disguised as a “private military company” responsible for extra-judicial killings, rape, torture, looting and the attempted assassination of Ukrainian President Volodymyr Zelenskiy.

“Their purpose was to spread terror and chaos in Ukraine; thereby facilitating the illegal invasion by placing strain on infrastructure and creating an unmanageable state of emergency,” the firm stated, accusing the group of engaging in a “campaign of terrorism”.

Suing the world’s most powerful paramilitary organisation is no mean feat, but if successful, it would be a landmark case that could “set the precedent for how private legal actions can support victims of conflict in the future”, Jack Beeston, an associate of McCue Jury & Partners, told bne IntelliNews in an exclusive interview.

The first challenge is knowing who or what to address in the claim. Wagner Group is not a legal entity but rather an umbrella term for a collection of individuals and companies, which Beeston believes “makes it more akin to a terrorist organisation than a legal private military company”. One individual pops up more than any other in connection with the Wagner Group; Yevgeny Prigozhin, an oligarch nicknamed “Putin’s Chef”.

Alongside his catering businesses, Prigozhin has long been suspected of controlling the Wagner Group. Although initially denying any connection with the organisation, a video surfaced in mid-September showing the oligarch offering inmates at a prison in the Mari El Republic the opportunity to serve with the Wagner Group for six months in Ukraine in exchange for freedom. With few other options, Prigozhin admitted shortly after to not only being a part of the group but also its leader since its founding on May 1, 2014, giving McCue Jury & Partners a clear and obvious target.

“Yevgeny Prigozhin is the obvious man pulling the strings, behind or in front of the scenes, and he has been served with a letter before action in both a personal capacity and as head of the Wagner Group,” said Beeston.

Prigozhin has yet to respond to McCue Jury & Partners directly. Nevertheless, he addressed the letter in an interview with the Russian publication Ridus, mocking the claim, which he claimed “flatters” him, and sarcastically offered to fund the case, saying the firm doesn’t have the money to do so.

“Taking this opportunity, through the Ridus online publication, I offer the mentioned company to pay for their undoubtedly difficult, important work from my pocket. Since I am under sanctions, some legal paperwork needs to be completed to allow McCue Jury & Partners to get this money. Let me remind you that my London lawyers could not achieve this in 2021,” he told Ridus.

But McCue Jury & Partners is optimistic and stated that Prigozhin is only the start. The firm are currently raising funds via a CrowdJustice campaign, which will allow them to expand the pool of claimants and defendants and go after other individuals connected to the Wagner Group, according to Beeston. In order to identify and track down further targets, the firm is collaborating with journalists, researchers and investigators, including Bellingcat, the investigative journalism platform.

Bellingcat has previously conducted investigations into the Wagner Group and identified Prigozhin and the elusive lieutenant-colonel Dmitry Utkin as key figures in the organisation. McCue Jury & Partners already have a relationship with the platform after the firm successfully defended the founder, Eliot Higgins, earlier this year, when Prigozhin sued Higgins for defamation following tweets accusing the oligarch of being the head of the Wagner Group.

In addition, the firm will work with the Justice Register to fight for additional claimants who suffered “personal injury in the form of psychiatric harm” directly attributed to the Wagner Group. With around 140,000 Ukrainian refugees in the United Kingdom, Beeston notes “the potential for this to be a really massive claim, both in terms of quantum of damages and number of claimants, is very high”. Whilst the firm faces many challenges, actually providing evidence of the Wagner Group’s crimes will be a walk in the park.

“The Wagner Group is not particularly subtle. By definition, their intention is to build an infamous reputation and terrorise the civilian population. In terms of evidence gathering and finding evidence of their brutalities and war crimes, that is unlikely to be a major hurdle because they are deliberately distinguishable from ordinary Russian soldiers and their actions are often characterised and identifiable through their brutality and their willingness to go further than ordinary soldiers would,” Beeston explained.

Unsurprisingly, Russia and Wagner Group associates are very unlikely to acknowledge a judgment passed by the British courts, meaning that the campaign will have to target sanctioned and unsanctioned assets across the world belonging to individuals involved in the war, as well as frozen bank accounts. With the UK courts being held in high regard worldwide, McCue Jury & Partners could “essentially attach judgment to those accounts or to physical assets in other jurisdictions as well”, Beeston said.

There is another reason for the lawsuit. Beeston believes that in conjunction with a similar action in the US and other European firms, McCue Jury & Partners are sending a message that if Russian soldiers behave in a similar manner to the Wagner Group, then they themselves will be subject to similar claims. It may even deter people from joining the organisation, especially if it's been designated as a terrorist group.

“I think it's important to show solidarity as a law firm representing civil society and the rule of law to try and take this initial stand,” he said.

"It would be great if people stop and think twice before joining such an abhorrent organisation," he added.

Ultimately, suing the Wagner Group is the first step of many for McCue Jury & Partners and represents a “novel and unique way of supporting intergovernmental efforts to repair and rebuild and compensate victims of conflict”. In the slow-moving legal world, the firm believes this is the very start of a number of actions that will target Putin’s “war machine” and marks the first case of victims suing an organisation for intentionally causing harm and suffering through the use of terrorism as a weapon of war.

“Whilst Putin and the Wagner Group continue to carry out acts of terrorism in Ukraine, in commendable contrast, the Ukrainian victims bringing this legal action choose to use the rule of law and justice to fight back,” McCue Jury & Partners stated.