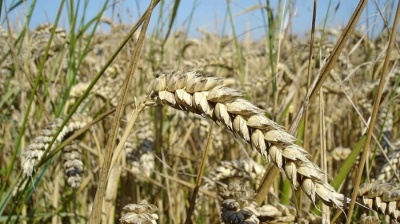 Russia is mulling a ban on exporting grain to the Eurasian Economic Union (EEU), news agency Interfax said on Thursday, citing a source close to Russia’s legislative process. The ban could be an attempt to control food prices amid a storm of western sanctions which are battering the Russian economy.

Russia is the world’s biggest exporter of wheat, and produces around 11% of global supply. Ukraine is also a wheat superpower, and the combined disruption of banned Russian exports and limited Ukrainian production due to war could culminate in soaring wheat prices and supply problems.

That could explain the potential ban on exports to Russia’s neighbours, which is expected to be in effect from March 15 until the end of August. By preventing the export of wheat and other grains to the EEU (Armenia, Belarus, Kazakhstan and Kyrgyzstan), Russia would effectively boost domestic supply, helping to prevent a spike in prices. Russia could also ban the export of sugar to the EEU countries, the Interfax source reportedly said.

As bne IntelliNews has reported, the West has hit Russia with some of the toughest sanctions ever seen. EU President Ursula Von der Leyen said that they are designed to “undermine Russia’s economy”. Energy imports from Russia are now also facing cuts from the UK, Canada and the USA. Bloomberg Economics estimates that Russia’s economy will shrink by around 9% this year.

Russia has promised retaliatory sanctions, which could cause steep hikes in commodities prices. The final list of sanctioned industries is expected to be published on Friday, March 11.