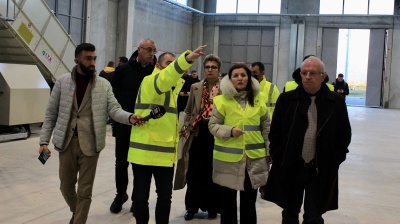 Prime Minister Edi Rama, Tirana Mayor Erion Veliaj and other top politicians are due to be questioned by a cross-party parliament commission set up to probe suspected large-scale corruption concerning the country’s three waste-to-energy incinerators.

Hearings are already underway as MPs look to untangle the payment of hundreds of millions of euros of state funds for the three incinerators, two of which have never been put into operation.

The opposition Democratic Party is pushing for the prime minister to resign over the scandal, which has already seen the arrest of a former environment minister.

As revealed by the Democrats following a meeting of the commission earlier this month, MPs are probing the distribution of around €430mn to the firms tasked with building and operating the three incinerators.

Visits to the plants by commission members led to the conclusion that no waste had ever been processed at the incinerators in Tirana and Fier, despite the money paid out by the state.

The Democratic Party announced on February 15 that "the hearings of the first day confirm to Albanians the criminal theft of €430mn”, and claimed that “the whole government” was involved.

The commission comprises members of both the ruling Socialist Party and the opposition Democrats, and is headed by Jorida Tabaku, an MP from the Democratic Party. Altogether 26 witnesses including top politicians will be questioned. The conclusions of the investigation are due to be presented by February 25, according to a parliament statement.

Former environment minister Lefter Koka was arrested by the Special Court For Organised Crime and Corruption (SPAK) in December 2021 in connection with the contract for the Elbasan incinerator.

SPAK’s investigation was launched following a criminal report filed by the Democratic Party and fellow opposition party the Socialist Movement for Integration (LSI). It said that Koka had “received and received from companies "Albtek Energy" sh.p.k. and "Integrated Technology Services" sh.pk, which are the beneficiaries of the concession contract, irregular monetary benefits, indirectly, through the creation of a fictitious scheme for the performance of works in the concession company, using several other companies indirectly controlled by him, controlled by his family members, as well as controlled by commercial entities in his possession.”

The heads of the companies that received the concession, Stela Gugallja and Klodian Zoto, have been declared internationally wanted by the Albanian State Police. However, according to reports in the Albanian media, payments for the incinerators have continued.

As revealed at the hearings, back in 2014, a new company without income or experience was picked to build the incinerator in Elbasan following an unsolicited proposal – a controversial procedure that has been widely used in Albania in recent years. Public-private partnership (PPP) contracts for the construction of the incinerators in Fier and Tirana were later issued through similarly speeded-up procedures. According to critics, the terms of the contracts were highly favourable to the companies, which received substantial funds before construction was completed.

The Democratic Party, which has used details from the commission sessions to embarrass Rama’s government, revealed: “Documents from the investigative commission for incinerators show how former minister Koka, out of enthusiasm for the success of a non-competitive race to give a seven-year concession to a company without income and without any experience, signed a ‘draft contract’ that gave €22mn to Mrs. Stela Gugallja.”

The party detailed the speeded-up process in December 2014, when the sole bidder to build the Elbasan incinerator, Gugallja’s Albtek Energy, was declared the winner. Missteps included a shortened appeal period to determine that there is no complaint. Just one day after the tender, the contract was signed between the Ministry of Environment and the winning company and the financing was approved.

According to the Democratic Party statement, the deal was signed despite the “clear disapproval” of Albania’s then finance minister Shkelqim Cani, who was sacked in 2016 and replaced by Arben Ahmetaj, who has been accused of links to Zoto.

Among other claims made by the party were that payments for the Tirana incinerator started two years before work on the incinerator started; since 2018 the state has been paying €29 per tonne of waste despite two of the incinerators not being in operation; €850,000 was billed for trips during the pandemic; ALL10mn (€81,000) was paid per month to Edmond Bllako, the father of the socialist MP Alqi Bllako; and, the same sum was paid to Zoto, while his associates Gugallja and her partner Mirel Mërtiri benefited from large payments through their consulting companies.

“According to the data, the company owned by Stela Gugallja, Albtek Energy, although supported by the government with a negotiation without announcing 17 procedures within a day, turns out to have had no money in its pocket for the investment in the Elbasan incinerator,” the party added.

On February 9, MP Luciano Boçi presented the findings of the opposition representatives in the investigative commission on the Elbasan incinerator, starting with the failure to publish the concession contract notice and the opening of the tender for the concession/PPP. Boçi told the commission that the process “did not follow any of the procedures provided by law.”

In Fier, members of the opposition said that no cost-benefit analysis had been carried out, and that payments were made from the state budget even though the plant has not produced energy. During the visit to the plant on February 8, its technical director, Enid Dine, said the plant has been completed, but is still in the testing phase.

“In all three cases, the companies awarded the contracts by the government were the sole bidders, and the winner for Elbasan submitted unsolicited proposals and attained a contract without a tender process. Key individuals in each company are closely linked to each other through business partnerships,” Transparency International wrote.

“Furthermore, the opposition Democratic Party accused the government of clientelism, alleging that Arben Ahmetaj, who is a former minister for finance and economy and a high-profile member of the Socialist Party, is involved in the deals through Klodian Zoto. Zoto is a key entrepreneur pulling the strings of the companies that were declared winners of the bids for the three incinerators.”

Albania has a genuine need to modernise its waste management systems. As detailed in a fact sheet on municipal waste management in the country published by the European Environment Agency in November 2021, the waste management system is heavily reliant on disposal to landfill (both legal and illegal). The government has set targets of reducing the share of waste sent to landfill to 50% by 2025, 30% by 2030 and just 10% by 2035. However, according to the European Environment Agency the 2025 target is only feasible if separate collection is introduced and the incinerator in Tirana – the largest of the three – operates at full capacity. All three incinerators would need to be in operation to meet the 2030 target.

However, the European Commission warned in the 2019 enlargement progress report on Albania that the decision to build incinerators (rather than invest in other forms of waste management such as recycling) raised concerns about compliance with EU directives as the country works towards EU accession. “The construction of an incinerator in Elbasan and the starting of procedures for the construction of two more incinerators in Tirana and Fier pose concerns in terms of compliance with EU Directives on Waste, the waste hierarchy principle with incineration as the least preferred waste management option, and with the EU targets for recycling,” the report said.

The Socialists came to power in 2013, pledging to tackle the corruption that had thrived under the last Democratic Party government. Bold steps were taken such as the campaign against informal economic activity and an effort to wipe out large-scale drug cultivation. However, since then efforts have stagnated, as reflected in the recent decline in Albania’s position on Transparency International’s annual Corruption Perceptions Index (CPI).

Moreover, the government’s enthusiastic use of PPPs – many of them unsolicited and of dubious economic value – has been widely criticised not only by opposition politicians but also by the IMF and other international financial institutions.

Both the Democrats and the LSI have been making political capital out of the scandal that has embroiled high-ranking members of the Socialist Party, which less than a year ago was elected for an unprecedented third consecutive term in office.

However, the latest Barometer poll published by Euronews Albania shows that Albanians are relatively evenly split over whether the government should resign if the concessions are found to have been corrupt, with 42% in favour and 40% against.