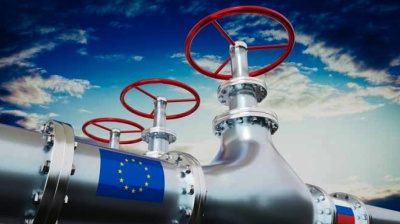 Hungarian Prime Minister Viktor Orban has sought to exploit his closer political ties with his Russian counterpart Vladimir Putin to secure as much gas as possible. / bne IntelliNews
By bne IntelliNews August 15, 2022

Hungary announced on August 13 that Russia had begun ramping up natural gas deliveries to the country following a July visit to Moscow by its foreign minister.

Trade negotiations between the two sides “led to an agreement” that has resulted in Russia’s Gazprom starting to deliver “above the already contracted quantities,” beginning on August 12.

Hungary’s foreign ministry said in a statement. “It is the duty of the Hungarian government to ensure the country’s safe supply of natural gas, and we are living up to it,” ministry official Tamas Menczer said on social media.

Under the agreement, an extra 2.6mn cubic metres per day of gas will arrive in Hungary’s south from the TurkStream pipeline up until the end of August, Menczer said, adding that supplies for September were being negotiated. Hungarian Foreign Minister Peter Szijjarto had gone to Moscow last month to discuss obtaining an additional 700 mcm of gas.

“In light of what is known about the current European market conditions, it is clear that the acquisition of such a large amount is impossible with Russian sources,” Menczer said in his post on August 13, referring to Szijjarto’s visit.

A number of other EU countries are contending with reduced Russian gas supplies below the agreed contractual levels, owing to steep cuts in flow via the Nord Stream pipeline, while others have had their supply entirely cut off after refusing to comply with a March Kremlin decree requiring payments for gas in rubles. However, Hungarian Prime Minister Viktor Orban has sought to exploit his closer political ties with his Russian counterpart Vladimir Putin to secure as much gas as possible.

Hungary has opposed EU sanctions against Russian energy imports, as well as calls for voluntary 15% cuts in member states’ gas demand from this month until the end of March next year.

Orban’s government declared an “energy emergency” last month in response to supply disruptions and soaring energy prices. It has removed price caps for residential electricity and gas prices when consumption exceeds the household average. The average monthly household consumption of electricity is estimated by the government at 210 kWh, and for gas, it is estimated at 1,729 cm per year.

Russia's Gazprom accounts for around 90% of Hungary's gas imports under a 15-year contract signed in October last year that guarantees at least 4.5 bcm of annual supply.