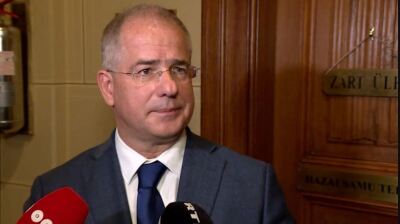 A senior official of Hungary’s governing party acknowledged for the first time that the government had purchased Israeli spyware tool Pegasus, which was allegedly used to target journalists, businesspeople and an opposition politician. Under Hungarian law, revealing this information may be a breach of national security.

Hungarian Interior Minister Sandor Pinter told committee members the security services only used Pegasus with the permission of either a judge or the Justice Ministry.

Opposition MPs said Pinter had refused to say whether journalists or politicians had been targeted by the Hungarian state with the spyware.

The transcripts of the meeting are sealed and classified until 2050.

Speaking to journalists, Kosa confirmed Pinter’s comments, saying the surveillance had been lawful, authorised by the judiciary and/or the Minister of Justice. Kosa has said he finds nothing objectionable about the fact of using Pegasus. He argues that tech giants carry out more extensive surveillance than the state.

The inadvertent acknowledgment by the former Fidesz faction leader and mayor of Debrecen, Hungary’s second-largest city, is an important development in the Pegasus saga since the Orban cabinet has been consistently refusing to reveal any details about the purchase and application of the software that had originally been created to fight terrorism and organised crime

Investigative news site Direkt 36 broke the story in July as part of an international investigation, which revealed the phone numbers of 300 Hungarians in a database of some 50,000 which may have been targeted. Four journalists of the website were also watched, including Szabolcs Panyi, a well-known reporter with a wide range of sources in diplomatic and national security circles.

The phone of Zoltan Varga, the owner of government-critics Central Media Group, was also targeted when he hosted a dinner party with former ministers and businessmen. Former state secretary of the Orban government Attila Aszodi was also on that the list of targeted individuals and traces of Pegasus were found on his phone.

Hungary may have acquired the software after Viktor Orban’s national security expert had personally met Israeli PM Benjamin Netanyahu in Israel in 2018.

Pegasus can only be bought with the approval of the Israeli Defence Ministry.

The opposition is sure the software has been in use in Hungary for years, targeting critics of the government.

Officials of the Orban government refused to officially confirm any of the findings of the international investigation. In case any surveillance was carried out, they complied with all rules, government officials said on numerous occasions since the story broke.

The chairman of the national security committee, led by opposition party Jobbik, said that Kosa had disclosed classified information, which is punishable for up to three years. Janos Stummer told online political website Partizan on Sunday that he had seen evidence in August that Hungary has acquired the software, but was not allowed to talk about it without breaking the law.

Stummer believes Pegasus was used against 100 people in Hungary but in his view, it was more important who gave authorisation and on what grounds. Israeli NSO said earlier it had allowed the use of the software on the grounds that it is used to prevent terrorism and crime.

Last week, the US Department of Commerce put NSO on a blacklist of restricted companies responsible for the creation and dissemination of malicious software.

NSO has nearly 60 partners in 40 countries. The Washington Post has previously reported that the co-operation may have been terminated with Saudi Arabia, Dubai, the United Arab Emirates and Mexico for a possible breach of the contract. Local media have not ruled out such a scenario for Hungary in light of the latest development.