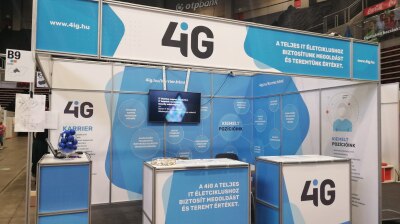 Budapest-listed IT company 4iG said on June 15 that it signed a non-binding letter of intent to acquire a 51% stake in Space-Communication (SpaceCom), an Israeli fixed-satellite operator and satellite service provider.

4iG signed the LOI together with its subsidiaries Hungaro DigiTel and CarpathiaSat, the company said. 4iG will acquire 51% of Spacecom through a €54.6mn private placement.

Spacecom operates the AMOS satellite network of four geosynchronous satellites providing global broadcast and broadband satellite services. The company is listed on the Tel Aviv Stock Exchange and its revenues were $88mn (€72.53mn) with an ebitda of $52mn in 2020.

"Following a preliminary agreement with Spacecom, I am confident that we will be able to complete the transaction this autumn, which would also mean that the 4iG Group has successfully completed its first international acquisition,” 4iG’s CEO Geller Jaszai said in a statement.

“I consider this transaction as a milestone not only in the growth of our group, but also in the preparation of an agreement that could open new doors for Hungary in the space industry and space telecommunications," Jaszai also said.

Other than due diligence that 4iG will carry out, the completion of the transaction is subject to obtaining the approval of SpaceCom’s general meeting and of the Israeli Ministry of Communication.