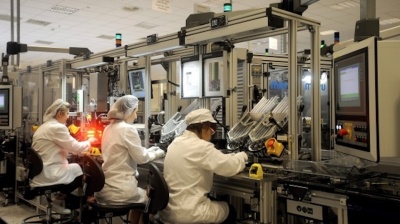 In a worst-case scenario, economic growth could turn negative this year, warned Hungarian Finance Minister Mihaly Varga on March 11, adding that fiscal reserves may be too little to shield against the economic impact of the coronavirus epidemic.

Hungary posted one of the highest growth rates in the EU in 2019 with GDP growing 4.9%, and has shown great resilience in the wake of the global slowdown, but decision-makers are now making preparations to cope with a possible negative turn of events.

Hungary declared a state of emergency on Wednesday, which includes reinstating control at its Schengen borders, a travel ban and prohibiting public gatherings. Hungary hopes to avert a mass spread of the coronavirus with the unprecedented measures. So far 13 cases have been diagnosed, but medical experts say the actual figure is higher due to the country's geographic location.

The benchmark index of the Budapest Stock Exchange entered bear market territory on Wednesday after falling 4.8% to 36,536. CEE's leading lender OTP, which reported record HUF419bn (€1.2bn) profit on Friday, shed 17% since to close at HUF11,830.

In the 2020 budget the government set a 4% growth target but now we cannot exclude a 0.3% decline, Varga told local radio, adding that reserves may prove to be insufficient if the impact of the coronavirus on the economy is broad and deep.

The government will adopt targeted measures to support segments of the economy hard hit by the coronavirus based on feedback from businesses.

Varga said the tourism and catering industry would be especially vulnerable to the effects of the coronavirus, adding that "breaking even" would be a "positive result" for these businesses. Up to 40-50% hotel bookings have been cancelled as European and Chinese guests are staying away, he added. If the crisis deepens, retail borrowers could find it difficult to make repayments, he said, and recommended that households planning to take out loans exercise "maximum caution".

There has not been a broad-based assessment of the negative impact of growth of the pandemic, but the finance minister's comments suggest the government is taking a serious approach, local media wrote. Forecasts of a recession are shocking compared to the 4% target but are not unimaginable if the lockdown in Europe is widespread and long-lasting, business portal Portfolio added.

On Tuesday, at an economic forum Prime Minister Viktor Orban struck a gloomy tone saying that Hungary would need to rewrite the 2020 and 2021 budgets as the cost of stimulus measures to grapple with the crisis could reach "several billion euros".

This year's tourism season is "out of the window", he said in colloquial Hungarian, raising eyebrows. The sector has reported record years now in streaks and has been a major driver of growth, accounting for 10% of GDP and employing some 13% of the workforce.

The coronavirus will have a big impact on the Hungarian economy, predicted Peter Futo, head of the Confederation of Hungarian Employers and Industrialists, recently.

Hungarian industrial companies are already feeling the impact of disrupted supply chains, Portfolio wrote. Interviews with employees of domestic manufacturing companies revealed that a growing number of companies have been forced to curb production due to the delay in shipments from China. Some Tier-1 suppliers have been affected by production shortfalls, which are already significant, and the impact of the Italian crisis is now beginning to be felt.

Company executives expect the situation in Italy to deteriorate further and are preparing for a significant slowdown in production in several other European countries.